Can ‘normalisation’ help bring peace to the Middle East? 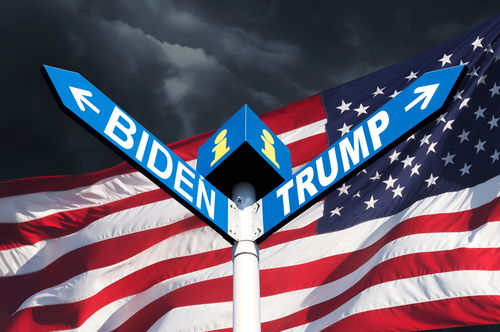 Brussels (Brussels Morning) As the new US administration sets about revoking much of the Trump legacy, one part of it that is unlikely to be affected is that of the ‘normalisation’ of relations with Israel by Arab states.

The second half of 2020 saw Washington broker a flurry of these normalisation deals and four states: the UAE, Bahrain, Sudan and, at least partially, Morocco have signed up to them. Egypt and Jordan have treaties with Israel dating from the last century, so six of the 22 Arab league countries are now involved, although it is important to remember that the dynamics for these new deals are quite distinct from the cases of Jordan and Egypt, whose peace treaties followed a direct military conflict with Israel.

Each of the new ‘normalisers’ has been given different incentives for making these moves, ranging from the promise of a major new US arms deal with the UAE to the removal of Sudan from the US state-sponsored terror list, to American recognition of Moroccan sovereignty over the disputed Western Sahara territory.

Many, though not all of them have been condemned by the Palestinians, who see them as a betrayal of their cause, removing as they do a pillar of the albeit moribund peace process, namely the 2002 Arab Peace Initiative (API). This initiative was largely founded on the principle of ‘land for peace’, namely Arab recognition of Israel in return for the establishment of a Palestinian state.

With the exception of the Morocco deal, which calls into question the non-acquisition of territory by force – a fundamental principle of the UN charter, they have by and large been welcomed by the EU, which has deemed them good for regional stability and lauded the suspension of Israeli plans to annex Palestinian territory. At the same time – in common with the Arab four – Brussels has reiterated its support for Palestinian rights and the two-state solution, even if this has rung somewhat hollow in Ramallah.

In a rare nod to Trump’s foreign policy, such as it was, the Biden team has also welcomed the deals, and may well pursue others, notably with Saudi Arabia, which has been hedging its bets up to now, most probably waiting to see how the land lies once the new US administration is in place. It may also be trying to leverage its own normalisation against what will almost certainly be a markedly more critical stance towards them from Washington.

In all, normalisation appears here to stay, shifting the restless sands of the Middle East in ways that will have profound consequences. And with the API now undermined and the Oslo process dormant (if not yet dead) absent new developments, talk of a two-state solution looks to be little more than lip service.

What it means for peace

Prospects for any new peace initiative are dim, as it would require strong US engagement, something that seems unlikely given the domestic and other foreign policy challenges that will absorb the early period of the Biden administration. Added to that, there is virtually no chance of a credible Israeli peace plan emerging anytime soon. The current Netanyahu government forfeited what little trust it had with the Palestinians after its move to annex their territory last year, and none of the major opposition blocks have shown much appetite for a new initiative.

Moreover, the Palestinians themselves remain divided and weak, saddled with leaders who are long past their legitimate shelf life. It is now nearly 15 years since the last elections there, although there is a reasonable chance that a new vote will be held this year (see below).

Perhaps the one positive for the Palestinian cause is Arab public opinion, which remains overwhelmingly on their side, though it is far from a being a decisive factor in guiding most Arab states’ policy. That said, it is worth noting that Tunisia and Kuwait, where democracy is relatively advanced, have shown little or no interest in normalisation.

All this points to yet more Palestinian frustration, and a sign of that is the growing constituency there for a one-state solution, based on equal rights granted by Israel. But that is highly unlikely. Other than Israeli-Arab organisations, all major Jewish parties fear that such an outcome would pose an existential threat.

As Yossi Beilin, a leading voice among the dwindling band of Israeli ‘peaceniks’ has said

“If we don’t hurry up and draw a border between Israel and a future Palestinian state, the current situation – regardless of the welcome normalization with some of the Arab world – will turn into a one-state reality in which a minority will rule over the majority and that, heaven forbid, would be the end of the Zionist dream”.

Others in Palestine favour a third intifada, but beyond some of the more extreme actors, there seems little mainstream support for that.

It also leaves the EU with a major quandary. The glue that has bound EU institutions and member states together is the longstanding support for two states, and that is bound to fray unless something changes on the ground.

All may not yet be lost when it comes to diplomatic progress, however. Arguably the most important element in the near term concerns new elections in Palestine, and these are now set for this May (legislative), June (presidential) and August (Palestine National Council). Successful ballots would inject much-needed new life into Palestinian governance and perhaps enable them to overcome their divisions.

The challenges are many of course: Israeli non-interference, especially in occupied East Jerusalem, will be essential but the pandemic will complicate the logistics. Moreover, Hamas, which has welcomed the vote, may emerge victorious, which would make any return to peace negotiations horribly complicated.

But provided that President Mahmoud Abbas, now 85 and politically and personally exhausted, removes himself from the equation and allows a younger generation to come to the fore, a new and legitimate Palestinian leadership could attract renewed international support for their aspirations to statehood.

With the US now proclaiming multilateral solutions and the restoration of ties with the Palestinians, which were cut by Trump, the EU has every interest in working with it through the Middle East Quartet to support this ballot, whether through political dialogue, election observation or financial support for the election process.

Without being too starry eyed about it, Arab normalisation with Israel might also contribute to prospects for new negotiations, insofar as Jerusalem now has a major stake in staying onside with its new found regional friends, who remain supportive of a Palestinian state.

Elections alone are no silver bullet. But they could open up the way to a new round of jaw-jaw. And everyone knows the alternative to that.