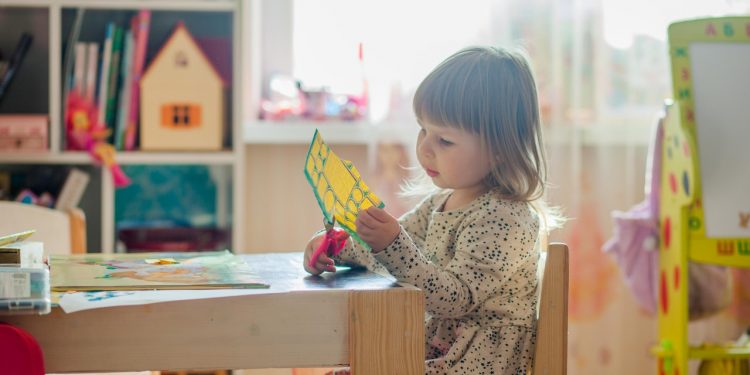 BRUSSELS (Brussels Morning) – Flemish Minister of Education Ben Weyts (N-VA) is developing a plan to allow Ukrainian young refugees to attend school in Dutch-language (community) education. The big challenge of this sounds familiar: finding extra teachers. “We are going to do everything we can to take in as many children as possible,” says Helena Van Driessche, director of the Multilingual Atheneum in Woluwe-Saint-Pierre.

The Sint-Guido Institute (SGI) in Anderlecht has been tried and tested in the reception of foreign-language newcomers. In 2015, several Syrian children ended up in a so-called OKAN class (reception education for children speaking other languages, ed.). Twenty years earlier, the SGI even made way for Colombian young people who had fled after terror in their country by the FARC rebels.

“Every school year we start here with about fifty OKAN children. That number increases as the months go by. Last year in June we were stranded with about 100 children,” says Thomas Donceel, head of the branch of the Sint-Guido Institute in the Dokter Jacobsstraat in Anderlecht.

With the war in Ukraine, a new flow of refugees has started towards Europe, and therefore also to its capital Brussels. In the long run, this also means an influx of children of compulsory school age. Because 60 days after their registration they are expected to attend school.

“For the time being, it is not clear how many school-age children have already registered in the former Jules Bordet hospital in Hallepoort. We are closely monitoring the situation and next Tuesday there will be a LOP meeting (Lokaal Overlegplatform, ed.) in which the different educational umbrella organisations are represented,” says Karin Struys, communication manager of Community Education (GO!).

But is there enough space in Brussels to get every refugee child into a school desk? Flemish Minister of Education Ben Weyts (N-VA) is working hard on a plan to make this possible.

He wants to solve the lack of infrastructure with container classes and sees a point in collaborating with the Ukrainian embassy to establish contacts with Ukrainians who have been staying in our country for some time. They can then be engaged as an intermediary in education.

“That will be desperately needed,” they say at the Multilingual Athenaeum in Woluwe-Saint-Pierre. “Because there are still plenty of open vacancies,” says director Helena Van Driessche. This school has room for about 40 OKAN students. Of these, 32 places have currently been filled, but that does not mean that the school will refuse children.

“We will do everything we can to accommodate as many children as possible. In any case, there is enough space here for containers. And if those are full, we can still free up places in other classes,” the headmistress said, determined. At the SGI in Anderlecht they already have experience with Ukrainian students. Since the beginning of September, there are already five on the student list.

“They were here before the war broke out. In the beginning, this was difficult, because we only speak Dutch in the classes here. It sometimes happens that you have to explain things with hand gestures. In the long run, this approach will pay off, because today they all speak quite a bit of Dutch,” explains Donceel.