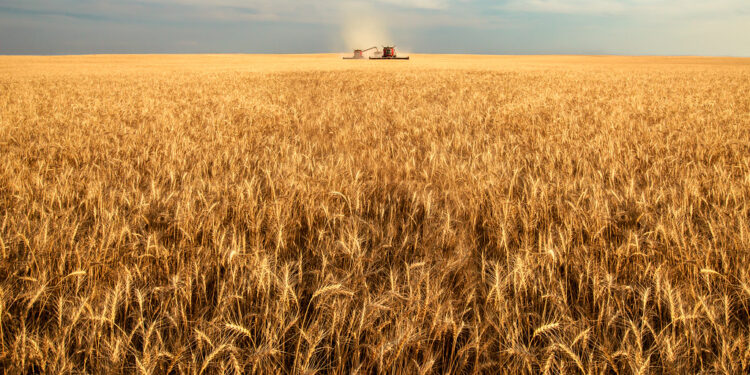 Brussels (Brussels Morning Newspaper) – Ukraine and Russia’s war is making food expensive all around the globe. It threatens to worsen the shortage and hunger in many developing countries. All this is leading to political instability that is challenging to control. Russia and Ukraine export a third of wheat barley in the world. They export more than 70% of sunflower and oil along with corn.

Moreover, Russia is a global fertilizer producer, benefiting many other countries. Due to the war, food prices in the world are already increasing. Around 20 million tons of Ukraine’s grains are exported to the Middle East, North Africa, and other Asian countries. Here’s a look at the global food crisis:

What Is The Situation Of the Food Crisis?

Around 90% of wheat and grain from Ukraine is shipped to various parts of the world. Russia has blocked the Black Sea cost which is hindering the export. The experts are trying to look out for ways to prevent the food crisis. Some grain is routed through rail, road, and River from Europe. However, the amount is not sufficient to stop the crisis quickly. The shipments are taking a lot of time, as the rail gauges in Ukraine are not up to the mark.

The deputy agriculture Minister, Markian Dmytrasevych is pleading with the European Union to help with the exports. They want to export grain by using the Romanian ports at the Black sea. They must make cargo terminals on the Danube River. If this isn’t enough they may have a cutting red tape for the freight crossing at the Polish border. The food is still far away from those who need it.

According to Joseph Glauber: “Now you have to go all the way around Europe to come back into the Mediterranean. It has added an incredible amount of cost to Ukrainian grain’’. Currently, Ukraine has been delivering only 1.5 to 2 million tons of grain every month. However, before the war broke out it went down to 2 million from 6 million itself. Russia’s grain is also not moving out.

What Are The Sides Saying?

Ukraine is accusing Russia of destroying its agricultural infrastructure and burning fields. They are stealing grains and selling them to Syria. Lebanon and Egypt are refusing to purchase it though. Some images reveal that Russian-flagged ships in a port are loaded with grains. A few days later they are moved to Syria with the hatches all open.

Ukrainian President Volodymyr Zelenskyy believes Russia is provoking a major food crisis. The European Council President Charles Michel and USA Secretary of State Antony Blinken agree. They believe Russia is weaponizing food for its benefit. Russia believes that exports can resume only if Ukraine moves away from the mines in the Black Sea.

The Turkish Foreign Minister Mevlut Cavusoglu that it may be possible to secure corridors without much effort. As the location of explosive devices isn’t known, other questions will remain. Whether the insurers provide coverage for the ships or not, is yet to be seen. Mainly starvation and famine are hitting African countries very hard. The prices of major staples like wheat and cooking oil are continuing to rise more.

How Did We Get There?

There is no doubt that the prices of food are rising much before the invasion. The problems started occurring from bad weather and poor harvesting techniques. If we talk about global demand it is happening since the COVID-19 crisis.

Even the wheat harvest has been on the lower side since last year in USA and Canada. While a drought of soybean yields is hurt in Brazil. The climatic changes are intense in Brazil and this is why the droughts are severe. Moreover, the record-breaking heat wave in India is reducing wheat export all over.

Read More: Elon Musk to appear before the European Parliament over Twitter’s takeover

Another problem is the soaring cost of fuel and fertilizers. It is preventing all the bigger countries from product gain. It doesn’t look easy to fill in these gaps, but the war is making this worse. All the developing countries are hit hard as compared to bigger ones. Talking about this situation this is what Glauber has to say:  “The burden is being shouldered by the very poor. “That’s a humanitarian crisis, no question.”

The governments of developing countries must do something about food prices. When it comes to the world’s top wheat importers like Egypt, they can cope with the situation well. Glauber further continued: “For poor countries like Yemen or countries in the Horn of Africa – they’re going to need humanitarian aid.