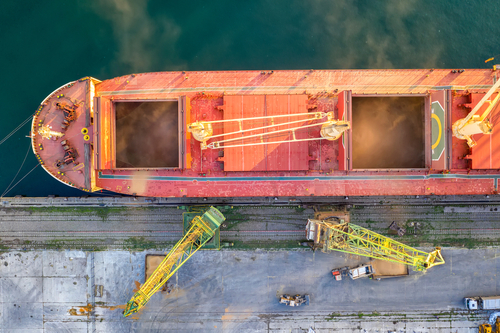 Ukrainian and Turkish officials pointed out that the ships in question carry nearly 170,000 tonnes of grains under the free passage deal brokered by Turkey and the UN, according to Reuters reporting on Sunday.

“We are gradually moving on to larger volumes of work,” Kubrakov announced and added “we plan to ensure the ability of the ports to handle at least 100 vessels per month in the near future.”

He pointed out that the plan includes expansion of the Port of Pivdennyi that would allow it to export more than 3 million tonnes of goods per month.

Before the war in Ukraine broke out, the country’s ports on Black and Azov seas exported up to 6 million tonnes of grain per month. In peacetime, Ukraine and Russia accounted for almost one third of global wheat exports.

In line with the safe passage agreement, signatories Ukraine, Russia, Turkey and the UN formed the Joint Coordination Centre (JCC) to monitor the resumption of grain exports.

Under the deal, the first grain ship left Ukrainian ports at the start of last week, followed by three more on Friday.

The body pointed out on Saturday that it approved the passage of five more ships – one to pick up grain in Ukraine and four to ship it from ports of Chornomorsk and Odessa.

It added that the JCC completed inspecting the Rojen, which left Ukraine on Friday with 13,000 tonnes of maize for the UK, the Polarnet, which is carrying 12,000 tonnes to Turkey, and the Osprey S, which is to pick up its cargo in Ukraine.

The JCC reported on Saturday that it completed its inspection of Navistar, the third bulk carrier that left Ukraine on Friday.

The Ukrainian Embassy in Lebanon announced that the first wartime cargo shipment from Ukraine will not arrive as planned on Sunday due to delays, but did not reveal the cause of delays or a new arrival date.