Thirty years ago, the very first ICSI baby was born in UZ Brussel

by Helen Critchley
in Features 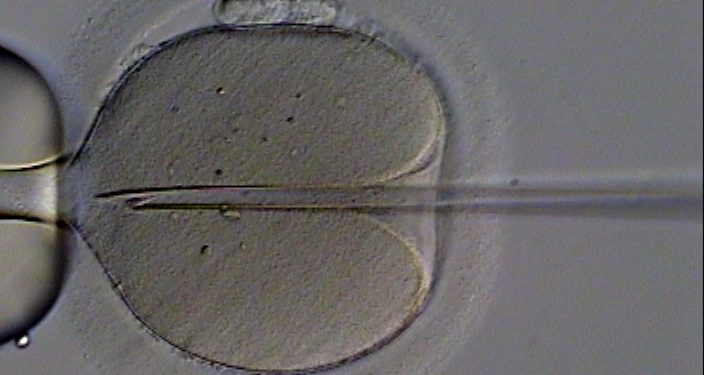 Belgium, (Brussels Morning Newspaper) In ICSI or intracytoplasmic sperm injection, a sperm cell is injected directly into an egg under the microscope. The technique was developed at UZ Brussel under the supervision of Prof. Dr. André Van Steirteghem. The first ICSI baby was born in 1992, fourteen years after the first IVF baby.

The ICSI technique differs from IVF in that an egg can be fertilized using just one sperm cell, while IVF requires thousands of good-quality sperm cells. That was a real breakthrough thirty years ago, because it created a solution for men who were struggling with fertility problems due to insufficient sperm cells. Even in men who have no sperm in their ejaculate, some sperm can be removed from the testes via a biopsy.

The new method was discovered by accident, says pioneer Prof. Dr. Van Steirteghem. “The technique already existed: inserting a sperm cell into an egg cell. Only the sperm cell was not introduced into the cytoplasm and that was not possible with the needles used at the time. We designed a needle that was very fine and precise, so that the egg cell was barely damaged and hoped that fertilization could occur more quickly. A sperm cell was accidentally introduced into the cytoplasm, resulting in successful fertilization.”

ICSI has meanwhile become dominant on its predecessor. Of all 61,700 children born in Flanders in 2020, 5.1 percent were conceived in vitro. In the Belgian IVF centers about 80 percent is done with ICSI. Worldwide, approximately 30 percent IVF and 70 percent ICSI are used in fertility treatments. In total, more than six million ICSI children have been born.

No impact on health

Children born after ICSI or another medically assisted reproductive technology at UZ Brussel are further monitored. “Years of research indicate that assisted reproduction has no impact on their general health. Studies of the fertility of boys born after ICSI due to reduced semen formation in their fathers also reassure that their fertility does not appear to be compromised,” it said.

In the meantime, UZ Brussel continues to work on research into new techniques, because there are still a large number of people whose wish to have children is not fulfilled. “This is in our DNA. More than 250 people participate directly or indirectly in research in the field of (in)fertility, genetics, implantation, eggs and sperm production in the clinical research at UZ Brussel and laboratory research via the research groups of the VUB.”