The miracle of Molenbeek: four questions about the possible promotion of RWDM 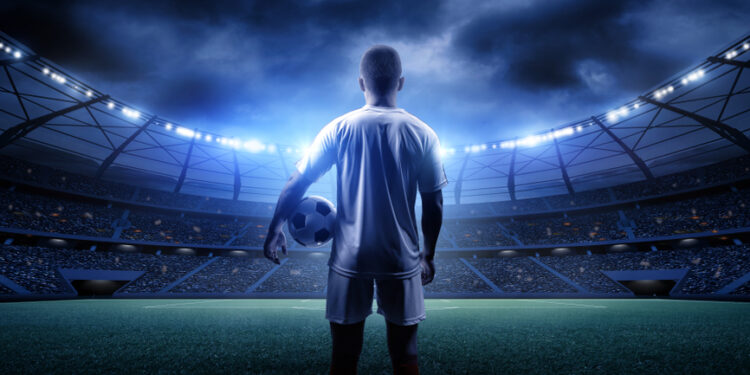 180 minutes (or 210, if there were to be extras) still separate RWDM from football at the highest level. The next two matches against RFC Seraing (Saturday evening at 6.30 pm in Molenbeek and next Saturday in Liège) are probably the most important matches in recent club history. “For me, RWDM is a huge favourite,” says football analyst Jeroen Roppe.

RWDM against Seraing, that is in a nutshell: the second of first division B against the penultimate of first division A. Two mutual duels determine which of these two will become the 18th club at the highest level next season. A final on the cutting edge, in other words.

RWDM’s second place was a big surprise. The team from Brussels started the season with the ambition not to relegate, but showed themselves to be a tough opponent who only had to recognize his superior in the authoritarian leader – and later champion – Westerlo. Halfway through the season, the club was taken over and the ambitions crescendo. During the winter break, considerable investments were made in new players, but the second place is mainly due to the players who have formed a solid whole since last summer.

The interests are enormous. Rise to (or stay in) 1A, that means more TV money, more visibility, and let’s face it: matches against Anderlecht, Club Brugge or Union are a bit more attractive than duels against Deinze or Virton. 1B (the former second division) has been synonymous with the purgatory of Belgian football for many years: whoever ends up in it, wants to get out again as soon as possible.

2. What about the turnout?

It looks like the Edmond Machtens Stadium, the home of RWDM, will have to display the ‘sold out’ sign for the first time in living memory. The club boosted sales by giving subscribers free entry and selling most of the other tickets at the bargain price of 10 euros. And that action did not miss its effect, because in no time the people’s stand Tribune L’Ecluse, good for 3,500 seats, was sold out.

On Tuesday, the management decided to move the visiting fans to the outdated uncovered standing stands behind goal – unfortunately for the Seraing supporters rain is forecast for Saturday – in order to create a thousand extra places for the home fans.

“At the moment we still have about 600 cards left over. It is expected that they will all be out by Saturday”, RWDM chairman Thierry Dailly says proudly. “I can’t remember the stadium ever being sold out, that must have been a few decades ago. When we won our first title in the third amateur class (in 2017), we also attracted 6,000 people to Molenbeek. Now we go to 8,000 – an immense achievement if you know where we come from. The corona crisis has hit hard. All those matches without an audience, that was a disaster for a club like ours, which has to rely on its loyal following.” Tickets can still be purchased at the RWDM secretariat or simply online. Attention: the ticket offices will remain closed on the day of the competition by police order.

Whatever happens on Saturday, the return leg in Seraing will follow a week later. Except for a big victory for Seraing next Saturday, Liège can prepare for a migration from Molenbeek. The RWDM fans are obliged to travel by bus, and the various supporter clubs have already ordered 15 buses to meet the demand. Perhaps RWDM will receive the support of 1,250 supporters in Seraing.

3. Does RWDM stand a chance?

RWDM and Seraing are no strangers to each other: they already played together in 1B last season. Then the team from Liège drew the longest straw in three of the four games. On paper, the people of Liège have enough talent to hurt RWDM: “It’s a team we respect, absolutely. Mikautadze, Jallow, Bernier, Kilota,… These are all players who will still play in 1A next season, whether with Seraing or not”, says Dailly.

“For me, RWDM is a huge favourite,” says analyst Jeroen Roppe, who comments on Eleven Sports before the first leg. “For the simple reason that the 1B team is in a positive spiral in such matches and the 1A team in a negative one – they mainly lost last season. Moreover, you often see that the players of that team already have their heads elsewhere. The nuance here is that Seraing has known his fate for a long time and has been able to focus on this duel for weeks. And RWDM has been very unstable in recent weeks – they couldn’t put down really convincing performances.”

For spectacle you should not be in the Edmond Machtens stadium this season. RWDM took second place mainly thanks to a stable defence – goalkeeper Théo Defourny is mister clean sheet of the series, with 11 games without goals – and impressive statistics on stagnant phases. Eight of the 41 goals RWDM has scored this season – just under 20 percent – were the result of a corner from assist king Nicolas Rommens, which was headed in by a teammate.

There is no real goal-getter around. Top scorer Kevin Nzuzi has barely scored 7 goals, and has been sitting on the bench for the past few weeks. He was even suspended on Saturday. Moreover, RWDM has a ‘problem-De Camargo’: in the winter break Dailly brought living legend Igor De Camargo back to Molenbeek. But the Brazilian Belgian could not really push through with only two goals. “Although that is someone who can make the difference in such a match. He lives for these kinds of finals. De Camargo remains one of the best headers in the country, so I wouldn’t be surprised if he scored an important header against Seraing,” says Roppe.

So Roppe does not expect that trainer Vincent Euvrard will make many changes to his basic team, and that has another reason: “A few years ago he played a final against Beerschot with OH Leuven. Then he decided to surprise tactically for that crucial game, by putting the two strikers Henry and Perbet together for the first time. That trick didn’t work, and after that match Euvrard got his letter of resignation.”

4. Three Brussels clubs in first class, is there room for them?

If RWDM is promoted, the first division will have no fewer than three Brussels clubs in the 2002-23 season, out of a total of 18: Anderlecht, Union and RWDM. A unique experience – for that we have to go back to the 1987-88 season, when Anderlecht and RWDM were joined in first class by the illustrious Racing Jet. RWDM, RSCA and Union never even played together at the highest level. Union was last in first class in 1973, with Anderlecht and what was then called Racing White (after that season that club would merge with Daring to form RWDM).

Is there enough room for that in Brussels? “There are already three Brussels professional clubs, whether we get promoted or not,” Dailly says. “It would certainly be a celebration for Brussels football. For us, the promotion would be a dream, with more opportunities, audience, and most importantly: four derbies in a season. That only benefits Brussels.” Jeroen Roppe agrees. “RSCA, Union and RWDM are not really communicating vessels – they each have their own identity and following, which are also sufficiently large. Ten years ago, Union was still vegetating in third class and there was no longer even a question of RWDM. So these are great times for Brussels football.”

But before that happens, RWDM must first get past Seraing. The nerves are tense at Dailly: “We still have two finals ahead of us. Two games to put the icing on the cake, after a season that had actually been a success for a long time. The players and staff are in isolation at the moment – ​​we thought it would be better to prepare for this match in peace, away from all the crowds in and around the stadium. I’ll talk to them shortly, but actually I already know that I don’t need to tell them much. I have faith in the boys, I know that they are 100 percent committed to those games.”