The citizens of Belarus are not giving up 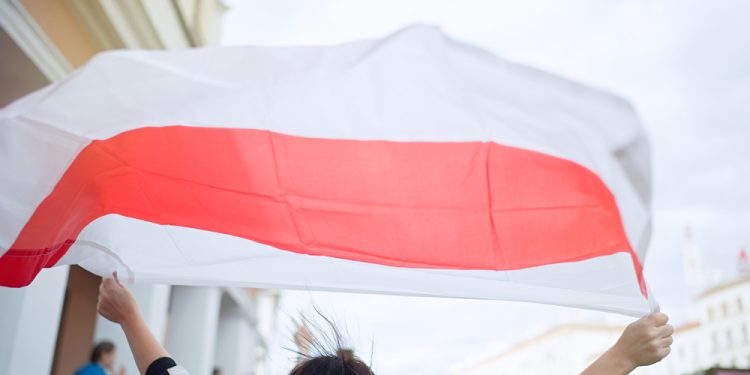 Brussels (Brussels Morning) The Citizens in Belarus are not giving in. Demonstrations against Alexander Lukashenko’s regime continue every weekend, but so do the security authorities’ brutal methods to suppress the peaceful protests.

Human Rights Watch has reported how thousands of people, many of whom were tortured and beaten in prison, were arbitrarily arrested by Belarusian security forces in the days following the August 2020 presidential election.

Hundreds of people have been apprehended every week in the public action now in its fourth month.

Dozens of journalists have also been detained while several have had their licenses revoked and others have fled the country. Numerous websites have been shut down and in some places, the internet has been completely disconnected.

At the end of November, the European Parliament adopted a resolution on the continuous violations of human rights in Belarus, in particular the murder of Raman Bandarenka, a peaceful protester murdered by the security forces.

Parliament condemns in the strongest possible terms the murder of Raman Bandarenka and demands Belarusian authorities carry out a full investigation into the murder. The parliament also expresses its condolences to his family and all families who have lost loved ones due to the repression of Alexander Lukashenko’s regime.

The European Parliament awards the Sakharov Prize for Freedom of Thought every year to honour exceptional individuals and organisations defending human rights and fundamental freedoms. Today, on 16 December, the European parliament gives the Sakharov Prize to the democratic opposition in Belarus, represented by the Coordination Council, an initiative of brave women, as well as prominent political and civil society figures.

Members of the European Parliament’s Subcommittee on Human Rights (DROI) recently discussed the situation in Belarus for the third time.

The Organization for Security and Cooperation in Europe (OSCE) published a report on the situation in the post-Soviet state and its author, Professor Wolfgang Benedek, attended the hearing. He iterated that the international community and the EU must, without delay, work towards establishing a truly independent investigative mechanism around the human rights violations. This would ensure accountability of perpetrators and help bring those responsible for torture, inhuman treatment and other human rights violations to justice.

Anaïs Marin, the UN Special Rapporteur on the situation of human rights in Belarus, who also attended the hearing, emphasized the importance of supporting the independence of the Belarussian judiciary in the longer term. He testified how the country’s administration did its best to thwart the work of him and numerous other UN human rights rapporteurs.

The Subcommittee on Human Rights has clearly stated that the time for talking must now end. The EU and the international community must finally address the crimes of Alexander Lukashenko’s regime and demand that fundamental rights be respected. Lukashenko’s announcement of his relinquishment of power can be considered as a mere delusion.

The EU should seek to find ways, swiftly, alone or in conjunction with other international actors, to gather and preserve evidence and to bring the criminal administration that stole the elections to justice. The parliament has proposed setting up a special task force to help bring perpetrators to justice.

In order for Belarus to move from the current chaos and impasse towards a free society, the international community must make it clear to Lukashenko that as certain as the day follows night, the day of reckoning for his crimes will arrive.