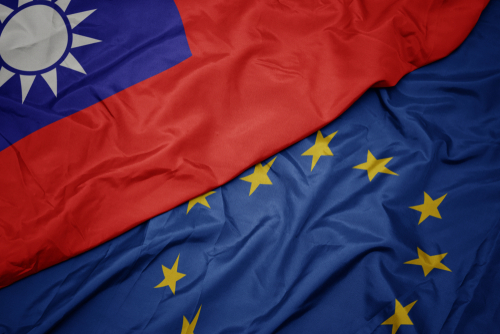 Belgium, (Brussels Morning Newspaper) Chen Chern-chyi, Taiwanese Deputy Minister of Economic Affairs, noted that the country would like to strengthen cooperation with the EU.

Chen pointed out in an interview that Taiwan would be “happy” to see its chipmakers invest in the EU and added that developing closer ties with the bloc, like Taipei did with the US, would be a move in the right direction, according to Reuters reporting on Tuesday.

As part of its plan to tackle the global chip shortage, the EU expressed preparedness to cooperate with Taiwan under the European Chips Act presented in February.

The Taiwan Semiconductor Manufacturing Company (TSMC) semiconductor foundry announced last year that it was in early stages of reviewing plans to expand to Germany, but noted last month that it has no concrete plans to build production facilities in the EU.

Chen stressed that he cannot speak for chipmakers, but observed that they did not dismiss potential expansion to Europe.

“The government’s position is that we are happy to see our companies having a global footprint, including the US and Europe, who are both our like-minded partners,” he continued and pointed out “on a policy level we are of course very happy to see them deploying globally, and would be glad to see it happen.”

Taiwan has been looking to strengthen ties with other democracies despite lack of formal diplomatic relations as China has been increasing pressure aimed at forcing the country to accept its sovereignty claims.

Chen pointed out that the Ministry has to approve all large-scale foreign investments, stressing that it did not receive new applications for chip projects in the EU this year.

He reiterated that Taiwan wants to strengthen cooperation with the EU to match the ties it has with the US, where two of its chipmakers are building manufacturing plants worth US$ 17 billion.

Taiwan has been working towards a bilateral investment agreement with the bloc, but the plan did not get off the ground.

Chen pointed out that it remains Taipei’s policy goal, but added that Taiwan was not dismissing agreements that are “more achievable” at present.

“We even hope to have a free trade agreement with the EU, which would be the best… the EU has lots of FTAs with other countries, and if the EU is willing, we are too,” Chen concluded.