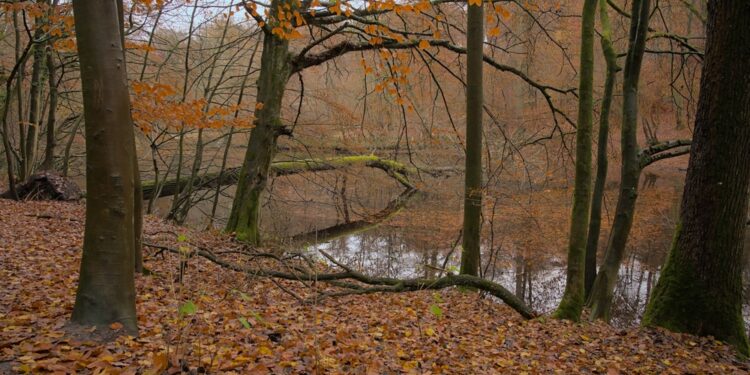 Brussels, (Brussels Morning)- The number of deer in the Sonian Forest that died at the hands of a dog has increased sharply since the lockdown of 2020. This is apparent from the deer monitoring of the Brussels Institute for Nature and Forests and the Environment, which has just been published. No fewer than 34 deer lost their lives. It once again sharpens the discussion about the mandatory leashing of dogs.

Scientists have been puzzling over the causes of the declining deer population in the Sonian Forest for several years now. It can’t be the traffic, the researchers explain in the latest deer monitoring. Many interventions, such as ecoducts, have been taken to remedy this. The reduced chance of observation due to the overgrown forest may play a part, but it is not sufficient to explain the decrease, as can be read in this BRUZZ report .

The main cause may be the disruption caused by increased recreation. Certainly since Corona, the forest has attracted new visitors who are not always familiar with the rules of the forest.

This also includes the dogs. Roe deer are stress-sensitive animals. A chase by a stray dog ​​can cause the deer to look for other places.

And there are also the excesses. This is apparent from a report by the Brussels foresters. They report an increase in the number of dead deer caused by stray dogs. If there were only two in 2019, there will already be seven in 2020. Last year broke all records. In 2021, no fewer than fifteen deer have died at the hands of a stray dog. The number will also be high in 2021 in the Walloon (9) and Flemish (10) part of the forest. That brings the total to 34 dead deer.

In Brussels, it is sharpening the discussion about the mandatory leashing of dogs in the Sonian Forest.

Today there is the somewhat vague rule that dogs in the forest must not be on a leash, but the owner must be able to keep control of it. This rule applies to a large part of the Brussels Sonian Forest.

Minister Alain Maron (Ecolo) informed the Brussels parliament a few months ago that this rule is difficult to maintain, because enforcement is difficult and there is a lot of disturbance due to dogs running loose.

He wants the rule that also applies in the Flemish and Walloon part of the Sonian Forest: dogs must be kept on a lead, with smaller zones where the dogs can run free. For this, the Brussels Forest Code must be amended.

This would also be in line with the commitment of the three regions to harmonise the regulations in the Sonian Forest, but animal welfare minister Bernard Clerfayt (Défi) opposes the adjustment. He wants a solution that also dog lovers can agree with.