Route control in Annie Cordy tunnel back on the table soon 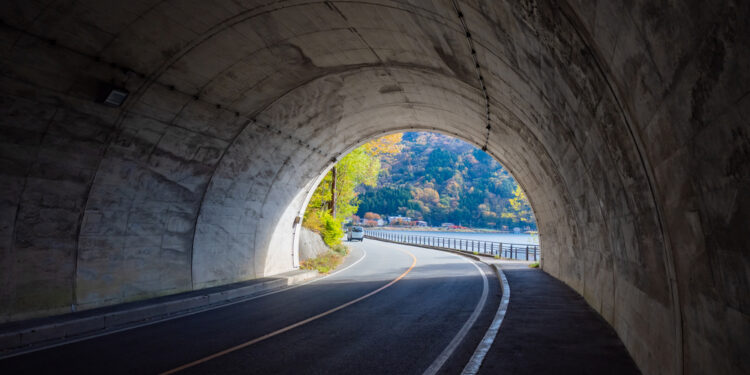 Brussels, (Brussels Morning)- Five years after the installation of the cameras, the section control in the Annie Cordy tunnel could finally start soon. According to BRUZZ, Brussels Mobility will resume consultations about route control in September. In the previous legislature, before the renovation of the then Leopold II tunnel started, the municipalities of Koekelberg and Molenbeek were at odds with the file.

The Annie Cordy Tunnel is the longest road tunnel in the country. In the previous legislature, in 2017, the then State Secretary for Road Safety Bianca Debaets (CD&V) already tried to install a section control in the tunnel. The cameras were already there, but the then mayor of Koekelberg Philippe Pivin (MR) was obnoxious. Pivin wanted to raise the speed limit in the tunnel again to 70 kilometres per hour, and like his colleague at the time in Molenbeek Françoise Schepmans (MR), he felt that their police zone had too few resources to process fines after the section control.

The municipalities also argued that the section control was pointless with the prospect of renovation works in the tunnel. A reasonable argument, says the cabinet of current mobility minister Elke Van den Brandt (Groen). “Everything is fine-tuned during section control. If the circumstances change, the control is no longer legal.”

In the meantime , the works have been completed and the renovated tunnel has been inaugurated . From September, Brussels Mobility will try to have the protocol agreement signed by all parties involved. “There is no longer a political blockade, because the handling of the fines has meanwhile been regionalised,” the Van den Brandt cabinet told L’Echo .

In the meantime, there is a new council of aldermen in both municipalities, chaired by the socialist mayors Ahmed Laaouej and Catherine Moureaux. The latter informs the newspaper that there are no longer any fundamental objections to the route control, and in Koekelberg too, people are now on the same page. “The municipality is going to adopt a constructive attitude. It is certainly not our intention to block such a project”, says mobility alderman Marie Bijnens (Green).

The route control could then effectively start in 2023. There are now seven section checks on the territory of the region.

Brussels Mobility will announce on Thursday that a reduction in the average speed that zone 30 entails will be confirmed in 2022. Just like in 2021, the decrease is visible on both roads where the maximum speed is 30 and 50 kilometres per hour. The data was determined through speed traps with lidar speed cameras. The reduction in speed has no consequences for the total travel time of the users.

Speed ​​and section checks prove to be very effective in complying with the traffic rules. For example, the section control on Gentsesteenweg between Selliers de Moranvillelaan and Schweitzerplein, which was installed in May, ensured that no less than 99 percent of users complied with the speed limit from now on.