Republican Pécresse now neck-and-neck with Macron in the polls 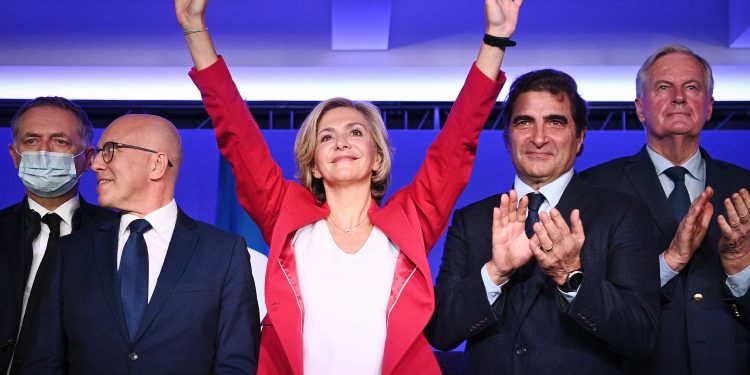 Brussels (Brussels Morning) Conservative president of the wider Parisian Île-de-France region, Valerie Pécresse, is rapidly emerging as the most serious opponent to French President Emmanuel Macron in France’s coming election. The most recent poll shows Macron and Pécresse tied in the event they met in the second round.

Pécresse soared into prominence in December, having won the primaries in the centre-right Republicans (LR) party. Even though she polled at less than 12% in voting intentions for the first round of presidential elections, a December poll showed her as winning against Macron in the second round, 52% to 48%.

While later second-round polls saw Macron regain his lead over all potential rivals, Pécresse has since surged in the first-round polls as well, to the point where she is now neck-and-neck with the right-wing head of the National Rally (RN), Marine Le Pen.

The latest Elabe poll, published on Wednesday, had Pécresse tied with Macron in the second round, each with 50%, once again giving her the best odds among top contenders for the French presidency.

Macron’s first-round polling has dropped by around 3 percentage points compared to previous polls, with the Elabe poll showing he would now win some 23% of votes in the first round, compared to earlier polling of around 26%.
Le Pen’s chief competitor in the right-wing spectrum, conservative pundit Eric Zemmour, has meanwhile dropped from second place in the polls. He is now at 13%, following a series of scandals that emerged after his candidacy was announced. In the past few months, Zemmour overtook Le Pen in the polls on several occasions, indicating he could face Macron in the second round. However, he lost the voters’ confidence as the tabloids claimed that the 63-year-old defender of family values had made his 28-year-old campaign aide pregnant.