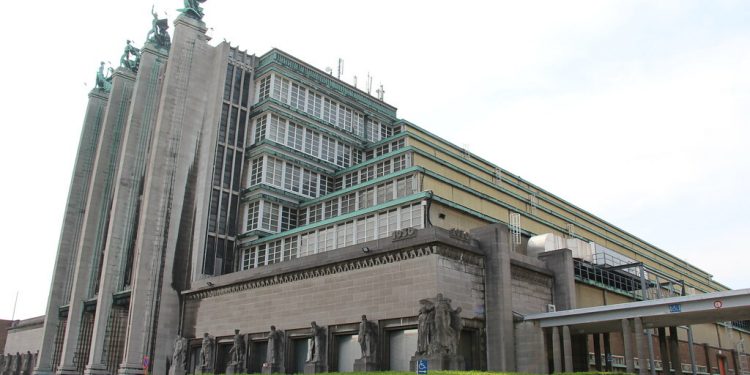 BRUSSELS (Brussels Morning) – Next Monday at the latest, Secretary of State Mahdi wants to open a new registration centre for Ukrainian refugees in Hall 8 with a capacity of 5,000 registrations daily. Refugee Agency Flanders doubts whether this will succeed so quickly. “In Jules Bordet, the problem is that there is a shortage of staff, a shortcoming that we have already addressed,” they said.

Since last Friday, the former Jules Bordet Institute, next to the Halle Gate, has been serving as a reception centre for Ukrainian refugees. This week there were long lines of more than a thousand people every day. Since the opening of the centre on March 4, the Immigration Department (DVZ) has already registered more than three thousand refugees, but not everyone is helped on the day itself. Some people have to return a second or third time because there are more people in line than DVZ can handle.

The registration rate has increased slightly in recent days. On Wednesday, 822 people were registered. On Monday there were already 740. Yet it is equally clear that the building where the Jules Bordet Institute was located until last year is not sufficient for the registration of the long queues of refugees from Ukraine. That is why State Secretary for Asylum and Migration Sammy Mahdi (CD&V) announced the opening of a new registration centre yesterday. “Palace 8 at the Heysel will replace the current centre, “by Monday at the latest,” said Mahdi.

Earlier this week, Vluchtelingenwerk Vlaanderen criticised the “chaotic and stiff” way in which refugees are registered and received in the former institute. The organisation has its doubts whether the new registration centre can open its doors on Monday. “That seems like a punishment to us,” said spokesman Elias Van Dingenen. “We have not yet received any signal that it will be operational by Monday. If true, that would be fantastic, but we view it with some scepticism.”

Secretary of State Mahdi wants the registration rate in the new centre in Hall 8 to increase considerably and says it has a capacity of 5,000 registrations daily. Refugee Work Vlaanderen also doubts whether that will be possible. The organisation was on site at the Hallepoort this week to inform refugees, as was the French-speaking Red Cross. Both organisations complain that the current registration centre is understaffed.

“There would be no more than ten staff members inside to register people, but such registration is a bureaucratic task that can take up a lot of time, up to half an hour per person,” a Red Cross employee said on Wednesday. “Usually everything has to be translated by an interpreter. A fingerprint must also be taken from each person. There are not enough people to do that.”

“In Jules Bordet, the problem is that there is too little staff, something we have already raised,” said the spokesperson for Vluchtelingenwerk Vlaanderen. It is unclear whether there will be enough staff for the new registration centre. Mahdi’s cabinet cannot comment on the operational details today. Brussels Expo, the owner of the room, says that there are various scenarios on the table for the reception of Ukrainian refugees, but how everything will work is unclear. In Hall 8 there would be room for about fifty registration offices.

The role of Fedasil in the new registration centre is also still unclear. In the Jules Bordet Institute, the federal agency is responsible for the reception of refugees from Ukraine who need it. So far this has been the case for just under a tenth of registered refugees at the former hospital. “We don’t know yet what our role will be. We also do not know if we will be present in the new registration centre. That will be discussed today and tomorrow,” said a Fedasil spokesperson.

In the meantime, aid organisations and volunteers remain on post at the registration centre next to Hallepoort. “We are informing people about how to find relatives who have lost them along the way, help with food distribution and bring games for the children,” said French-speaking Red Cross spokeswoman Nancy Ferroni. “We will continue to do that here, but we understood that the centre would move one of the next few days. We don’t know more about that yet.” As soon as the new centre in Palace 8 opens, the Red Cross will also move there.