Reforestation: An issue of Survival, not an issue for Discussion

by Filotas Niarchos
in Opinion 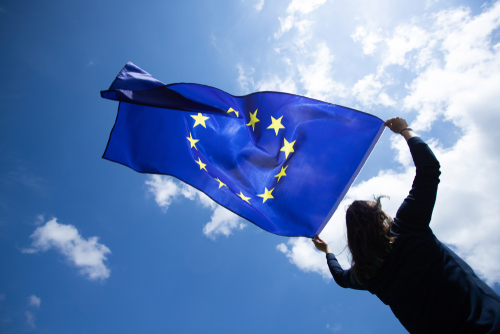 Athens (Brussels Morning). The European Union is one of the most important ideas conceived and realised during the 20th century. After World War II, six European Countries agreed, via the Treaty of Rome, that isolation among countries does not promote the social and economic well-being, nor the European people’s future. The key policy is cooperation, which started back in the 1950s with what was then called the Common Market and now spread to all aspects of human sphere, which affects almost every area through many of our daily activities. One area most affected in Europe and beyond is the natural environment.

Taking a look at the Copernicus Statistics 2021, it is evident that all EU countries suffer badly from summer wildfires, even in Europe’s “Natura 2000” protected areas. Also, according to the European Environmental Agency Report (2020), more severe fire weather and substantial expansion of the fire-prone area and longer fire seasons are projected in most regions of Europe, in high emissions scenarios. Only this year, almost 1,600,000 acres of forests were burned in Italy and almost 1,200,000 acres in Greece, combined with huge floods in Belgium, the Netherlands and Germany as well as the global heat waves.

According to the European Commission EU Action, not only health challenges but also social challenges are severe due to environmental degradation and climate change. There are notable effects of climate on health, agriculture, economics, conflict, migration, and demographics. Vulnerable populations, people living in low-income urban areas with poor infrastructure, and, generally speaking, population groups with lower incomes and assets are more exposed to climate impacts and also have less capacity to face them. Women may be disproportionately impacted and are at a disadvantage when expensive adaptation measures are required. Unemployed and socially marginalised people are among the most vulnerable to climate risks. Europe’s ageing population, disproportionately affected by reduced mobility or health impediments, will also result in a higher share of the population being vulnerable to climate change impacts. Climate change has also  started to have an impact on displacement and migration. Affected community members reveal an interest in sharing local knowledge and practices in support of sustainable social development and recognise the interdependency of social, economic and environmental considerations. Sustainable development can only be ensured if policies embrace humane, sustainable, low-carbon lifestyles and adopt a sustainable livelihoods approach.

Thus, protection of the environment is nowadays an issue of survival, not just an issue for discussion among the EU countries.

The EU, always one step ahead, started monitoring the forest areas’ degradation in the early 1990s. In 1998, the Joint Research Centre (JRC) of the European Commission, set up the “Forest Fires Expert Group” to work specifically on the development and implementation of advanced methods regarding the evaluation of forest fire danger and burnt areas’ mapping on a European scale. This expert committee gradually received support by additional European services and the EU countries, that led to the development of “EFFIS” (European Forest Fire Information System). Since 2015, EFFIS is part of the EU Copernicus Programme, consisted of a modular web geographic information system that provides near real-time and historical information on forest fires in the European Middle Eastern and North African regions. It is a very useful tool that the EU has in its quiver in being alert on the issue of forest fires.

Furthermore, the EU Civil Protection Mechanism, with co-funding by the European Commission of at least 75% of transport costs, supports cooperation between countries in cases of forest fire emergencies. This summer, many northern European countries have assisted the southern countries, which were in the cyclone of forest fires. Recently, on 16 July, 16, 2021, Commissioner Sinkevicius, mentioned during the press conference on EU Forest Strategy “…what we propose is a change at every stage. Changes in the way we protect, the way we manage and the way we grow our forests and the use we make of the multiple services it provides…”

Through the EU Biodiversity strategy, part of the European Green Deal, the Commission proposes to restore Europe’s forests, soils, wetlands and peatlands and to enable biodiversity to thrive again, which in turn will increase absorption of CO2 and will make our environment more resilient to climate change through a quick and cheap solution.

As a first step, the EU will concentrate on strict protection of all remaining primary and old-growth forests in the EU. This will give the opportunity for old forests to grow in a more protective environment, minimising the danger of forest fires. The second interrelated step has to do with implementation of the most sustainable forest management practices at national and local level.

Second, all new policies must be EU regulations, not recommendations or directives. Certain EU governments do not completely comply with non-mandatory and may put environment as a secondary issue of discussion or not take the necessary measures to protect the forests. I would highly recommend the EU enhance cooperation among EU member-states and support economic packages related to the success rate of forest protection. The higher the protection, the most benefits and vice versa. This will boost the efficiency of every government to take the necessary measurements.

Third, since there exist gaps in national policies and state mechanisms (bureaucracy, lack of coordination, ineffective use of human and mechanic resources, low funds, and structures, dangerous human activities) – the EU could fund active and trustworthy environmental organisations that deal with reforestation and restoration of degraded and deforested landscapes. Funding should also be provided directly and more efficiently, and be susceptible to open, transparent audit, so that every organisation is responsible and accountable to itself, to the state and to the EU.

In conclusion, many steps have succeeded so far, from monitoring to policy making. I truly believe the EU is heading towards a new era of forest sustainability, by engaging public and private actors to work together in reducing vulnerability and adapting to the impacts. The severity of environment and climate change requires such an approach. Towards this direction, the European Climate Pact initiative invites people, communities, and organisations to connect and share knowledge; to learn about climate change and its impacts; to develop, implement and scale up common solutions related to reforestation. Education and awareness-raising is, therefore, an important component to manage the impacts of climate change, enhance adaptive capacity, and reduce overall environmental vulnerability.