Rail works on Flagey started: trams and buses are being diverted  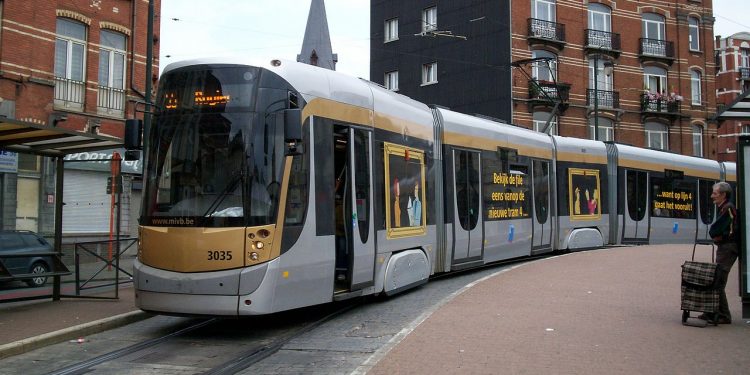 Tram 81 is interrupted on both sides of Place Flagey. The distance between the two final stops must be covered on foot, which is about a two-minute walk.

The buses at Place Flagey are also affected by the works. Bus 38 and 60 towards Central Station and Ambiorix will be diverted between the stops Vleurgat and Flagey via Louizalaan, Kruisstraat and Elsensesteenweg. As a result, the Biarritz stop is no longer served. The Vleurgat stop is still served, but has been moved to 294 Louise Avenue. The buses also serve three additional stops: Baljuw, Verlaat and Museum van Ixelles.

In the direction of Helden and Uccle Kalevoet, buses 38 and 60 are diverted between the Blyckaerts and Flagey stops via Kroonlaan and Brouwerijstraat, and between the Flagey and Vleurgat stops via de Vergniesstraat, Heninstraat and Avenue Louise. As a result, the Malibran and Biarritz stops are not served. The stops Flagey and Vleurgat are still served, but moved to Vergniesstraat 40 and Louizalaan 285 respectively. The buses serve the additional stops at Mouterij, Gist, Dautzenberg and Baljuw.

Bus 59 experiences little disruption. Only the Flagey stop in the direction of Hospital Etterbeek-Ixelles will be moved to Dijkstraat 8.

Bus 71 and N09 in the direction of Delta and Herrmann-Debroux are diverted around Place Flagey via Malibranstraat, Kroonlaan and Brouwerijstraat. The Flagey stop is moved to Place Sainte-Cross, along the ponds of Ixelles. The buses serve the additional stops Malibran, Blyckaerts, Mouterij and Gist. Towards De Brouckère and Central Station, the Flaget stop will be moved to Vergniesstraat 40.

Finally, bus N 10 in the direction of Fort-Jaco will be diverted between the Flagey and Vleurgat stops via Vergniesstraat, Heninstraat and Louizalaan. The Biarritz stop is not served. The Flagey stop will be moved to the 38 bus stop in the direction of Central Station. The Vleurgat stop will be moved to 285 Louizalaan. The bus also serves the Dautzenberg and Baljuw stops.

Towards Central Station, bus N 10 will be diverted between the stops Vleurgat and Fernand Cocq via Louizalaan and Kruisstraat. The stops Biarritz, Flagey and Museum of Ixelles are not served. The Vleurgat stop will be moved to Louizalaan 295. Additional stops Baljuw and Verlaat will be served.