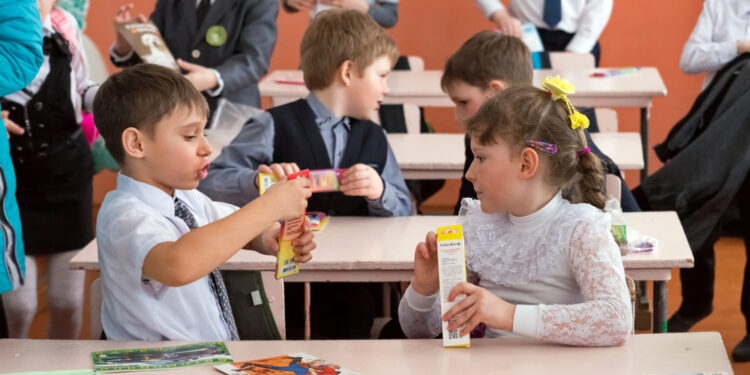 More and more children of Ukrainian refugees are finding their way to Brussels schools. There is, however, an overrepresentation in pre-primary and primary education.

Between March 10 and April 21, 2022, the Immigration Department (DVZ) registered 35,269 refugees, 98 percent of whom had Ukrainian nationality. Of all those refugees, 13,665 or about four in ten were minors. They too are obliged to attend school when they are five years old and that from the sixtieth day after their registration . In any case, some of them continue on to the Brussels schools. BRUZZ found out how many Ukrainian students these schools now number.

In the Brussels Dutch-language schools there are 58 minors, says Michaël Devoldere, spokesperson for Flemish Minister of Education Ben Weyts (N-VA). That number is still rising. “Compared to Flanders, that is very little, but we know that there is a capacity shortage in Brussels, so an extra ten children would be difficult.”

Also in the French-speaking schools in Brussels, the vast majority of Ukrainian children are in pre-primary and primary education. This concerns 632 children, says Jean-François Mahieu, spokesman for French-speaking Education Minister Caroline Désir (PS).

The Ukrainian school Vesna, on Belliard Street, currently has nearly a hundred registered students. With that, the school is also at its ceiling. Of those hundred, seventy students currently attend the school full-time. About 25 students are cared for after school. “We get new applications every day, but for full-time education we can go up to eighty students. After school we can accommodate a little more students,” says Maria, one of the founders.

She emphasises that Vesna is more than a school. It is a place where children and their parents can relax. “We want to create a happy and positive environment, where people can speak their own language and take a breather,” she says. Half of the lessons are given in Ukrainian, the other half in Dutch, French or English.

To teach students these new languages, Vesna works with a hands-on learning method. “Children are said to adapt quickly to new situations and environments. That is true, but we must not forget that these children suddenly had to flee their country. To integrate them here, we will, for example, cook together in English, which they often know in their own language. That way they learn by doing.”

Maria sees a difference between children under ten and adolescents. “We notice that it is more difficult for older students to adjust in schools other than ours. Unlike younger children, adolescents are less likely to learn another language. They also experience difficulties in mathematics, which is not taught in the same way in Ukraine.”

85 percent of the children who attend classes at Vesna have no permanent housing, leading to instability. The fact that Vesna wants to be in a familiar environment is one of the reasons why Ukrainian children find their way to school, says Maria.

In addition, it is often not immediately clear how long Ukrainians will stay in Belgium. Children are also on waiting lists at Dutch or French-speaking schools in Brussels, but want to go to school in the meantime. In other cases, children tested Brussels schools, but this proved unsuccessful, or the parents are more in favor of a Ukrainian school.