Parliament on Proximus towers: ‘Where are social housing?’ 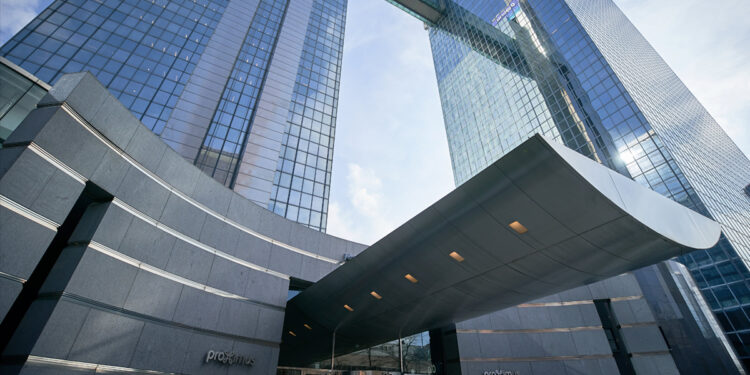 Brussels, (Brussels Morning)- Developer Immobel’s plans for the two Proximus office towers at the North Station caused a long round of debate in parliament on Monday. In total, a third of those towers will be converted into homes. “The contours of this project remain very vague,” says the opposition.

Immobel applied for a building permit for both towers last summer. These will be converted into new offices, but also housing, catering, sports facilities and an open ground floor. “The permit will be granted before the end of this legislature,” State Secretary Pascal Smet (one.brussels-Vooruit) for Urban Planning insists. He said that in parliament on Monday.

In the commission for territorial development, the parties PTB and Ecolo in particular wanted more clarity about the distribution of the types of housing in the towers. Pascal Smet then admitted that no social housing is planned in the towers.

“We have clearly asked Immobel to convert at least a third of the office space into residential units. That will happen,” Smet said. In total there will be 42,000 square metres of living space, good for about 36 percent of the current office space. The 393 residences will consist of 93 student rooms, 54 studios and 107 one-bedroom apartments. Another 116 apartments will have two bedrooms and 23 apartments will have three.

“At the moment there are no social housing facilities. There are other projects underway in the district for that,” said Smet. He sees options, for example, in the new towers on the base of the CCN building, he said, or in nearby areas of the City of Brussels. “It would be useful to know the figures for this,” responded Isabelle Pauthier of Ecolo.

“A missed opportunity,” says Françoise De Smedt of PTB. “The contours of this project remain very vague,” said Céline Fremault of Les Engagés. The conversion of the Proximus towers is part of a larger makeover of the Noordwijk , for which not all plans have been finalised yet. “Will the neighbourhood deteriorate further first?”, Mathias Vanden Borre of N-VA wanted to know.

“We can be happy that Proximus will remain in Noordwijk,” says State Secretary Smet. “The fact that they choose this shows to me that they believe in the future of the neighbourhood. It would send a bad signal if they left.” According to him, the new Proximus offices should be ready in 2026. The same applies to the houses.

“There is a big challenge, I say that myself,” said Smet. “We must avoid that the Koning Albert II-laan along the Bolivarplein side becomes a place with homes for the rich, but only gets social housing along the other side, as is already the case today on the side of the Antwerpsesteenweg. That remains a point of attention in all projects that will follow.”