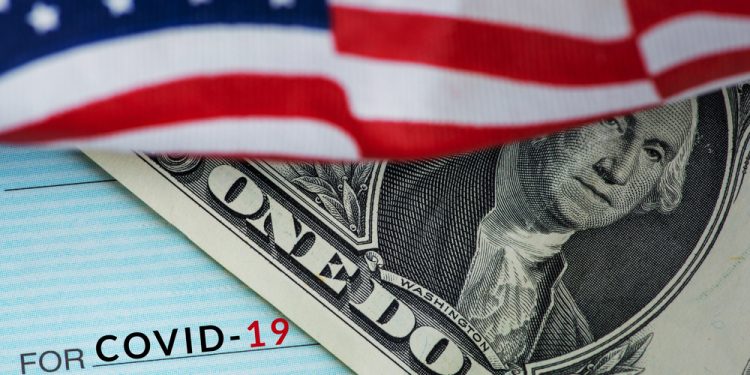 United States Congress has passed the stimulus relief package for the impact of coronavirus, Americans are nearing the time for the IRS to send out their stimulus checks or make direct deposit

The French Laundry, located in Yountville, California north of San Francisco is considered one of the best restaurants in America. It is the kind of place that the large majority of Californians cannot afford, but even most of those who can afford it, can’t get a reservation.

For a politicians, eating a meal at the French Laundry in a middle of a pandemic when many Californians are suffering economically and where almost all Californians are either limiting their own social lives to help combat the pandemic or resenting being told to do that, is at best an extreme lapse of judgment. It is also possible that one, or both, of those dinners, led to the virus being passed from one person to another and possibly to more people following the meal.

Ironically, Newsom and Breed have been relatively aggressive in restricting the movements of others as part of their Covid-19 strategy.

That hypocrisy, along with similar actions by other Democratic elected officials, has not been lost on many on the right. It should also be remembered that Newsom and Breed have contributed to California having much fewer deaths per capita than the US overall.

Breed in particular has done an extraordinary job of limiting the spread of the virus in San Francisco which, despite being the second most densely populated city in the US, has fewer deaths per capita than all but four states. That is what makes these decisions simultaneously so baffling-and so American.

Newsom and Breed have both been around politics for a long time and should have known that their respective dinners would not remain secret and that the optics would be terrible. They also should have recognized that the health risks to themselves and others were real.

There is an additional aspect of this that reflects poorly on Breed. She is the mayor of San Francisco where, due to the pandemic, many of the city’s restaurants are struggling financially and even having to close.

There is no shortage of great restaurants in San Francisco where Breed and her friends could have enjoyed an outdoor socially distanced dinner. Going an hour or so out of town for the dinner suggests both that Breed was both trying to conceal her behavior and also being disloyal to the city that she leads.

Both of these politicians have apologized for these decisions. Breed, in particular, offered an apology that was sincere. It was not a typical politician apology, but one where Breed indicated both that she had made a mistake and understood why what she did was wrong.

While both politicians may be able to move past this, their hypocrisy will remain targets of conservative criticism, particularly for Newsom who is up for reelection in 2022.

These two prominent California politicians are just the most visible, but they are not the only California Democratic elected officials who have recently flouted best Covid-19 practices. For example, San Jose mayor Sam Liccardo participated in a large multi-household Thanksgiving dinner.

This kind of behavior is, on balance, hypocritical, wrong and a danger to public health, but also highly illustrative of the difficulty of combating Covid-19. A central value of almost all American politicians, of both parties, is that the rules don’t apply to them.

The most visible and egregious example of this is Donald Trump, but he is very far from the only example of this belief. Politicians earnestly lecture voters about rule of law and fiscal caution while evading taxes or using taxpayer money for personal gain.

Others rabbit on about the sanctity of heterosexual marriage while cheating on their spouses with same sex lovers. It is easy to find similar examples of this attitude at all levels of politics from members of both parties.

The politicians believe the rules don’t apply to them because that notion has become a central tenet of Americanism.

Many Americans who don’t wear masks, traveled for the recent Thanksgiving holiday or continue to gather in groups know that what they are doing violates best practices for fighting the pandemic, but believe they have a uniquely good reason why they don’t need to follow the rules. When that approach is scaled up you arrive at the devastating effect Covid-19 has had on the US.

The American ethos of rules not applying to us has not only helped define our terrible response to the Coronavirus pandemic, but also is key to understanding American foreign policy.

America’s relationship to the rest of the world frequently can be summed up by the idea do as I say, not as I do. The US urges countries to conduct democratic elections while we conduct our own elections using antiquated structures that do not value each vote equally.

We seek to promote human rights around the world, while asking the world to ignore the bombs we drop, the children we put in cages and the long and horrific history of American racism.

We invade foreign countries with chilling regularity while demanding that the rest of the world honor international borders.

The ubiquity of this dynamic of America’s relationship to the rest of the world is hard to miss and suggests that while the hypocrisy of Governor Newsom, Mayor Breed and others is stark, it may just be the American way.