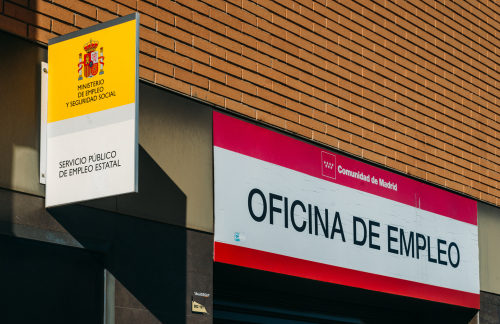 Data released by the Spanish Ministry of Labour and Social Economy on Friday shows that registered unemployment dropped 1.2% on monthly basis in November, reflecting a strong labour market despite the economic downturn, according to Reuters reporting.

Recently released data also shows that inflation in Spain is easing while consumption exceeds expectations, suggesting that the country could avoid recession this winter.

In addition, tourism figures exceeded expectations in October, according to separate data released on Friday.

According to data released by the Ministry of Labour and Social Economy, the number of registered unemployed dropped by 33,512 in November compared to October, leaving roughly 2.88 million Spaniards unemployed.

This is the lowest November figure since 2007.

The number of registered employed reached approximately 20.32 million in November, up 78,695 from October, making November the 19th consecutive month of growth.

BBVA Research analysts upped their economic forecast for Spain on Thursday, predicting that Spain’s GDP will grow 4.6% this year followed by growth of more than 1% in 2023.

This is in line with the latest International Monetary Fund (IMF) forecast and is lower than the Spanish government’s expectations of 2.1% in 2023.

November is traditionally difficult for employment in Spain as it marks the end of the tourist season, but tourism figures show signs that the sector continued to recover in the autumn and is on the path to reaching pre-coronavirus crisis levels.

Statistics released on Friday show that the number of foreign tourists in Spain increased 39% annually in October and stood at approximately 7.18 million, which is still lower compared to roughly 7.59 million in October 2019.

While the number of tourists is lower than it was before the crisis, their spending is roughly the same as it was in the corresponding period of 2019.

The Spanish government pointed out that the growth of employment is partly due to the absorption of EU funds and concluded that new employment is especially strong for technical jobs.