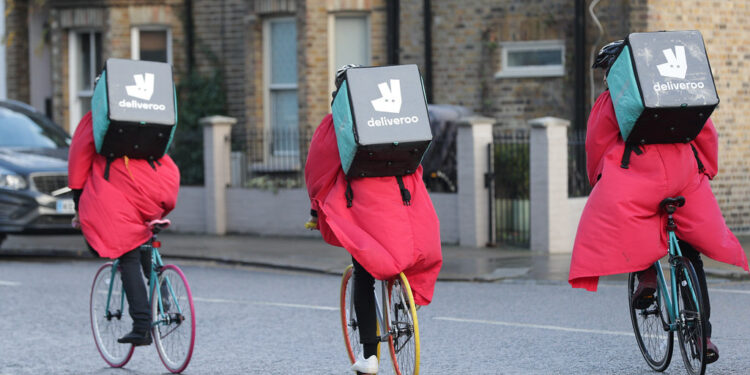 Brussels has the largest number of available food delivery restaurants. This is according to figures from trade federation Comeos. In the capital there are 1,300 eateries, in Flanders there are 1,050 and 550 in Wallonia.

All these meals are delivered by couriers using meal delivery platforms such as Uber Eats, Deliveroo and Takeaway. Both Uber Eats and Deliveroo have no problems finding candidate couriers. Thousands of people apply every month, according to Comeos.

Deliveroo says it works with waiting lists to avoid too many couriers driving around in a certain city. “As couriers are reimbursed per order, it is important to us that each courier can deliver enough orders,” said Deliveroo spokesman Rodolphe Van Nuffel.

How long future meal couriers have to wait on that waiting list depends on the season. “The autumn months are months when we need a lot more new couriers because we have a higher demand,” Rodolphe Van Nuffel said.

In Brussels, it is currently much longer waiting before places become available, according to Deliveroo. “But every week a number of couriers decide to stop.”

On average, a courier stays at Deliveroo for about three months, before doing something else.

With every application, it is checked whether a candidate courier indeed has the correct documents to get started as a self-employed person via the app, after which couriers can determine themselves where, when and for how long they use the app to deliver. Anyone who passes this screening positively may start as a courier.

Takeaway is also active in Brussels with its meal couriers. The company does not want to release figures on the number of couriers working for the platform, but says it is currently looking for couriers in Brussels. So no waiting list at Takeaway either.

However, the platform works in a different way than the other two. Meal couriers only work there with contracts – a contract of a definite term, indefinite term or interim contracts – and therefore not per assignment.