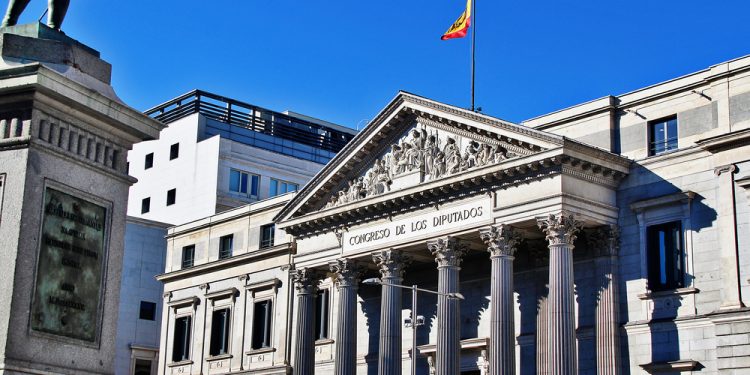 The Congress of Deputies of Spain (Congreso de los Diputados), the lower house of the Cortes Generales, Spain's legislative branch, located in the Palace of the Parliament ,Plaza de las Cortes, Madrid

The USA, (Brussels Morning Newspaper)New York – Brussles Morning – In the remaining days before the midterm election, the horserace will dominate the media coverage. Will Ron Johnson and Raphael Warnock get reelected to the senate? Who will win the race between John Fetterman and Dr. Oz in Pennsylvania, Which House seats can the Republicans flip? Can Lee Zeldin make the race for governor close in New York? These are the kinds of questions that pundits and the media will continue to emphasize in the coming days. These are obviously very important questions, but they are not the only we need to think about in the coming days.

There are several other critical things that we must consider in the final days before the election, and in its immediate aftermath. First, much attention has been paid to how many election deniers-people who do not recognize that Joe Biden won the 2020 election-are running for office. The focus of most of this has been on what this might mean for the 2024 presidential election, but it also the raises the question of whether these candidates will accept defeat if they lose this year. It is hard to imagine that a Republican candidate for US Senate, the House of Representatives, Governor or Secretary of State, who has built their campaign around claiming that Joe Biden stole the 2020 election, will go quietly into the night if they lose. It is more likely, that they will again, falsely, claim election fraud. This will further undermine confidence in the American election system and lead many Republican voters to believe that duly and fairly elected Democratic official hold office illegitimately. In the worst case, some of these people may incite violence as Trump did in early 2021.

A second issue that must not be overlooked this election cycle is voter suppression. During the first half of 2021, a fair amount of attention was paid to this as states like Georgia and Texas passed laws making it difficult for some people to vote. This new legislation built on previous voter suppression laws. Most of this was made possible after key components of the 1965 landmark Voting Rights Act were voided by the Supreme Court in 2013. All these voter suppression laws over the last decade or so have followed a similar pattern. A Republican dominated legislature passes laws that either limit voting hours, ensure fewer voting places per capita in some areas, make it difficult for voters to register or put similar barriers to the franchise. In every case, these laws are crafted in a way that targets African American voters and in some states, Latinos and students, who also tend to vote Democratic.

Voter suppression is a constant in American politics, so we tend to dismiss the effect of these laws. However, in states like Georgia or Wisconsin which are expected to have very close senate races, as well as in a handful of competitive congressional races, particularly in the south, voter suppression may change the outcome of the election. These assertions are difficult to prove, but dismissing them altogether is wrong. There is a real possibility that the Republicans win control of the senate by winning extremely close contests in states with laws that undermine the democratic nature of the election, and make it more difficult for key Democratic constituencies to vote.. That is something that must be considered when thinking about the state of American democracy.

Lastly, the recent assassination attempt on Speaker Nancy Pelosi, that resulted in grievous injury to her husband Paul, is yet another example of the increasingly violent nature of American politics. This follows on the violent siege of the Capitol of January 6th 2021, the shooting of Republican Congressman Steve Scalise in 2017, the attempt to kidnap Michigan Governor Gretchen Whitmer in 2020, numerous mass shootings targeting racial or religious minorities and the constant drumbeat of violent threats from prominent right-wing figures. Unfortunately, there is little reason to think American politics are going to become less violent in the coming days, months or years. This does not mean that there will be more attacks, assassination attempts between now and the election, or in its immediate aftermath, but we must be prepared for that and recognize that the US is finding it increasingly difficult to conduct its politics peacefully.

The midterm is indeed an inflection point for the American political life, but not simply because the electoral stakes are so high. It is true that if the Republican Party wins control of even one house of Congress, something that is extremely likely, the Biden administration will no longer be able to legislate and will instead find itsels in a morass of frequently fantastical investigations. However, there is more to it than that. The next few weeks, may lead to deepening distrust in political institutions, candidates winning due to voter suppression and violence that will further destabilize the country.