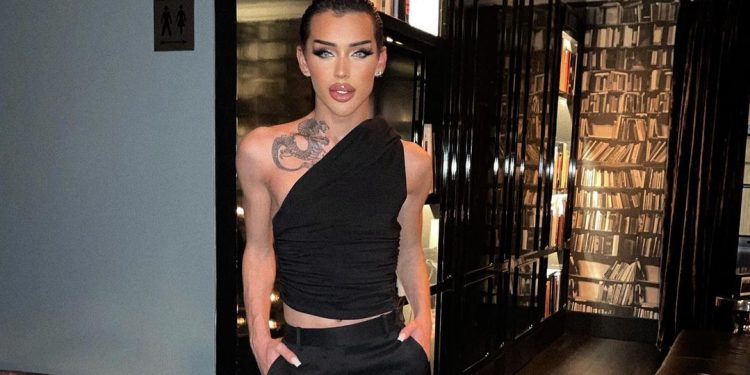 BRUSSLES (Brussels Morning) – The 19 year old non-binary model, stylist and influencer Haron Zaanan  has filed a complaint with the Brussels police for discrimination against the Drug Opéra restaurant, that is located in the centre of Brussels. The influencer reports this and the news is confirmed by the Brussels police. The reason for the complaint is an incident that took place on January 30, in which Zaanan was allegedly forced to leave the restaurant.

The restaurant’s management apologised and went on to explain that the incident was not caused by transphobic feelings. Considering that it was a winter evening as well as the place and time, it was not particularly shocking that Haron Zaanan’s clothing was seen as inappropriate, and it was not unreasonable of them to ask him to adjust in their opinion. Management also added that it is “aware that the notion of ‘inappropriate clothing’ is highly subjective” and that the question could be controversial.

Those apologies, however, were not accepted by Haron Zaanan. “Just because the person in charge says it wasn’t a gender issue, it doesn’t mean it was not,” the model said. “And it was most definitely an issue of gender.”

The management of the restaurant has also contacted the Institute for the Equality of Women and Men. The institute then called on Haron Zaanan to report it to them, so that the case can be dealt with more broadly, subject to Zaanan’s permission, and a reconciliation attempt can be made to handle the matter in a way that respects the dignity of both the parties involved.