Brussels remains a city of singles 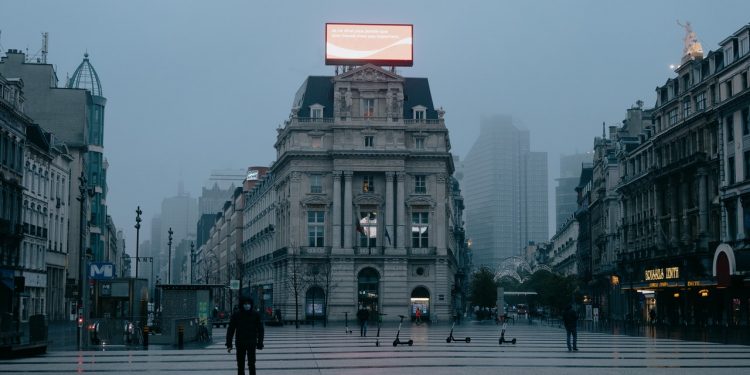 BRUSSELS (Brussels Morning) – Countdown to Valentine’s Day? A fifth of the inhabitants of Brussels will not lose any sleep over this. Brussels remains a city of singles and especially among the twenties there are a lot of singles.

This is evident from figures from Brussels statistical office Bisa, based on data from Statbel. On 1 January last year, Brussels had 258,510 people living alone. That is almost half (46%) of all households and good for a fifth (21%) of all inhabitants of Brussels. There are no figures for this year yet.

The capital therefore has the highest number of singles in the entire country. Ixelles (36%), Etterbeek (31%), Sint-Gillis (29%) and Brussels-City (24%) all make it to the top five of municipalities with the most people living alone.

“In Ixelles, the singles are often young adults. There are many students who stay here after their studies, and also employees of European institutions,” explains VUB demographer Patrick Deboosere. “In Brussels, that group is also quite large, but the percentages are balanced by families in Laeken and Neder-over-Heembeek.”

To clarify, single parents have not yet been added to this. There are about 65,000 in Brussels Added to the single people, 36% of all Brussels residents are single. “But such administrative figures do not measure everything,” warns Deboosere. Young singles who still live with their parents, for example, are out of the picture. So are the people who live alone in a long-distance relationship. And many students or young workers are still registered in another region.

Not one type of single

In Brussels, the majority of singles are under the age of thirty. There are no fewer than 140,000 people living alone between the ages of 18 and 29, plus their peers who still live with their parents. That is two thirds of that entire age group, although some of them can of course be in a relationship without living together.

About 30% of 30 to 64-year-olds live alone, of which slightly more are men than women. 38% of 65 to 79-year-olds live alone and 46% of over-80s. Here the vast majority are women. Single people over 80 in residential care centers are not yet included.

“There is a big difference between different single people. Young singles often still have a large circle of friends, while people who become alone in old age run a greater risk of loneliness,” says demographer Deboosere. “Single parents are still a different case, where you have to pay close attention to the support for the children.”

A working group on people living alone has already been set up by the Brussels parliament. It is now working on a series of recommendations for politicians and requires a ‘single test’ for each measure. But whether Brussels should prepare for even more singles in the coming years, remains difficult to estimate. The numbers have not shifted significantly in the past twenty years.

“You can make predictions for the next ten years about aging, but nobody knows what the relocation or immigration movements will look like by then,” says Patrick Deboosere. “For the whole of Belgium, the trend of more people staying alone for a longer period of time will continue,” the demographer believes.

The Planning Bureau published new projections about the population evolution this week. Brussels is expected to grow by approximately 100,000 inhabitants between now and 2070. In Flanders, a net growth of one million is expected, in Wallonia of 200,000. There are no projections about family structures yet. Today, 14% of Flemish people live alone and 16% of Walloons.