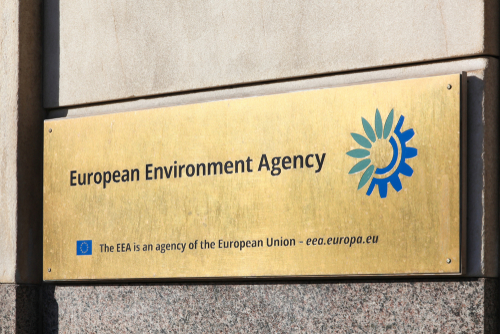 Belgium, (Brussels Morning) A recent assessment from the European Environment Agency (EEA) reveals that the European Commission’s targets of reducing noise by 2030 are hard to attain given the large number of people living in urban areas and exposed to noise from road traffic.

About 18 million people suffer long-term annoyance from transport noise in the EU and the Commission’s zero pollution action plan, part of the European Green Deal, aims to reduce the number of people chronically disturbed by transport noise by 30% by 2030, compared to 2017 levels.

Long-term exposure to noise harms physical and mental health. In Europe, the number of people affected by noise from transport is significant, with at least one in five exposed to chronic levels that can cause adverse health effects.

“People do not realize that long-term exposure to noise from the road traffic in our neighborhoods and cities every day can cause other effects that go beyond hearing damage,” said Eulalia Peris, an expert on environmental noise at the EEA. “Those serious effects include ischemic heart disease, high blood pressure, obesity and diabetes.”

According to the EEA briefing, even a high level of implementation of noise reduction measures would only reduce the number of people highly annoyed by transport noise by about 19% by 2030. Some examples of measures included in this optimistic scenario include a 50% electrification of road vehicle fleet, reduction of speed limits on urban roads, quieter aircrafts, and night curfews for take-offs and landing.

Another scenario put forward by the EEA, albeit less ambitious, considers a more modest set of measures such as the regulation of noise from motor vehicles, a 25% electrification of road vehicle fleet and improved landing and take-off procedures for aircrafts. This scenario predicts that the number of people affected by noise would actually increase by 3%, mainly due to a projected increase in road, rail and air transport.

In order to reach the zero pollution target, EEA defends that measures would need to target not only populations in high noise hotspots but also those living in areas where noise levels are below national limits. For that purpose, a combination of measures is needed, including better urban and transport planning, and significant reductions in road traffic.

To achieve greater progress in reducing noise pollution, the EEA said that more efforts are needed to address noise from road transport. To reach the zero pollution action plan target, measures would need to target not only areas with acute noise problems, but also areas where noise levels are more moderate. A combination of measures including, new or stricter noise regulations, better urban and transport planning as well as significant reductions in road traffic in cities could pave the way to reach the target.

Five case studies of reducing noise pollution from transport are supporting the EEA briefing, providing real data and concrete examples that need intervention. These include road design in Berlin, low-noise asphalt and noise barriers in Madrid and Florence, low-emission zones in Monza, rail pads and quieter train brakes all over Switzerland and speed limits in Zurich.