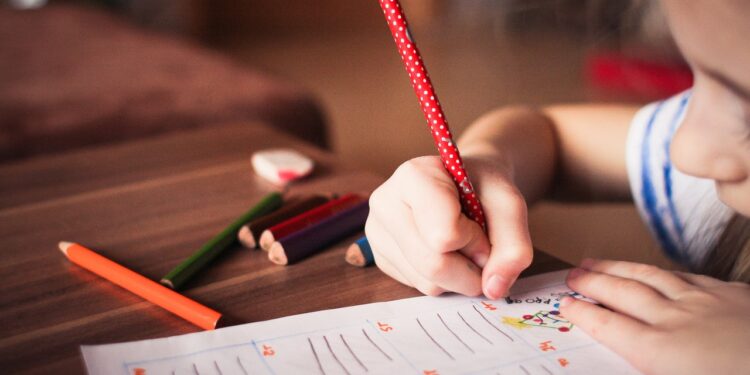 BRUSSELS (Brussels Morning) – Maria and Kira, two women from Brussels with Russian and Ukrainian roots, open a school for several dozen Ukrainian children in Rue Belliard after the Easter holidays. “When you travel from family to family, school should become the anchor point.”

The building is located at 4-6 Belliardstraat and was found thanks to the network of Maria, who signed a temporary agreement with the owner. The school can stay there for at least six months, after which Maria aims for structural financing, for example from Europe, to develop a structural operation. According to a report by BRUZZ, the initiators are also aiming for more schools based on the same philosophy.

A few weeks ago , Maria and Kira placed a call for volunteers to sign up to contribute to the school, which will be called Vesna. That means ‘spring’ in Ukrainian, Polish and Russian.

The initiators were looking for a location that is close to the metro and therefore easily accessible from all corners of Brussels. Initially, Maria expects about thirty to forty students, but that number can grow, the capacity is about one hundred students. Two sister schools are also being established in Paris.

The multilingual school is based on the philosophy that a child does not have to throw away his cultural and language baggage. “It is better to build on the knowledge the child already has when it comes to this. That is why we think Ukrainian lessons are so important. Although they are also taught in other languages ​​such as French and Dutch,” says Maria. In case the children return after the war, it is also useful to maintain Ukrainian.

Following the philosophy of Montessori schools, this Ukrainian school will operate with classes of mixed ages. After-school care will also be provided for Ukrainian students who are already enrolled in a Belgian school but who want to maintain their Ukrainian.

Finally, the school also wants to function as a knowledge centre. “We have more than fifty experts in our network, from psychologists to Ukrainian teachers. We are happy to share their expertise with local schools that have questions about their Ukrainian students,” says Maria.

The school will open sometime in the coming weeks: “not long after the Easter holidays”.