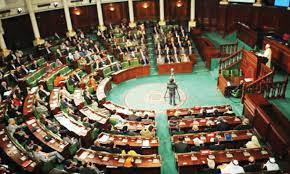 Belgium (Brussels Morning Newspaper) Libya’s parliament today appointed its own prime minister, challenging the authority of the existing unity government and threatening a new power struggle in a country already devastated by its recent civil war.

According to the parliament’s spokesman Abdullah Bliheg, the House of Representatives unanimously appointed Fathi Bashagha to head the government. The latest development is likely to deepen the animosity between the parliament, located in Libya’s east, and the Tripoli-based unity government, headed by Abdulhamid Dbeibah.

Dbeibah, who came to power a year ago as part of UN-backed peace efforts, previously vowed he would only transfer his power to a government that results from a democratic country-wide vote.

Parliament’s announcement on Thursday came just hours after reports broke out that Dbeibah’s car had been targeted by gunfire the previous night. It was not specified as to whether he was inside the vehicle at the time of the attack.

Dbeibah had a mandate to lead a country for one year, with elections originally scheduled for 24 December last year. The deadline was ultimately cancelled as divisions broke out over the legal basis, and the fact that several controversial figures opted to run in the elections.

Even though he pledged he would not seek re-election when first coming to power, Dbeibah decided to go back on his promise and instead run for president in the December elections. Parliament’s current choice for PM, Bashagha, was also one of the candidates, as was the parliamentary Speaker Aguila Saleh, who has since spearheaded efforts to replace the unity government following the cancellation of the elections.

Bashagha and Dbeibah both hail from the powerful port city of Misrata. AFP reports that both enjoy support of rival armed groups in the Libyan capital, which raises the risk of violent outbreaks and fighting in Tripoli in the coming days, should the political crisis not be resolved peacefully.