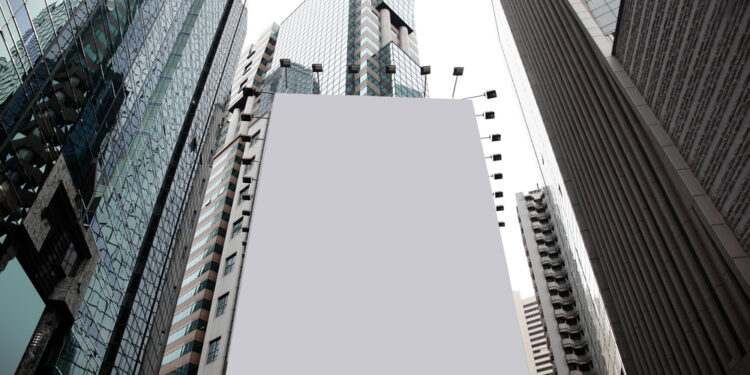 Brussels, (Brussels Morning)-  If it depends on the municipality of Ixelles, the immense advertising panel on Place Flagey will no longer receive a new permit. The info side of that double-sided panel has not worked for years. The municipality asks the Region to be replaced by trees. That responds positively: “We have the same goals, the square must become greener.”

The municipality of Ixelles wants to get rid of the immense advertising panel in the corner of Place Flagey that borders Maria Malibran and Vergniesstraat, RTBF reported on Tuesday. The operator, the company Belgian Posters, still has a planning permit until October 2023. Because the square is a regional competence, Ixelles has sent a letter about the panel to the cabinet of Minister of Mobility Elke Van den Brandt (Green).

“The time when large publicity screens were installed in the public space are behind us,” says Yves Rouyet (Ecolo), alderman for Urban Planning in Ixelles.

The billboard was installed in 2008, a few weeks after the inauguration of the renovated Place Flagey . The immense advertising screen of ten square metres has two sides: the side towards Malibranstraat still shows advertising messages . The side towards Place Flagey was intended for the broadcasting of films and football matches. The aim of the Region and then competent minister Pascal Smet (One.brussels-Vooruit) was to be able to use the square for mass gatherings in Brussels.

But the screen was never used that way. It is too difficult for the police to ensure safety in the event of a crowd on the square.

The screen on the Place Flagey side was therefore used for general public announcements, cultural agenda, promotion of Brussels and other public information, until it gave up the ghost  at the end of 2017 after an explosion in a high-voltage cabin.

Due to the size of the investment, the double-sided panel was licensed at the time for an exceptionally long term, 15 years. It will expire in October 2023. A good time to reconsider whether it should be extended, says Alderman Rouyet. It is time for the municipality to tear down the mega screen. “This corner of the square has full ground, the storm basin is not under it. It is therefore an ideal place to plant one or more trees. As far as we are concerned, the choice was made quickly.”