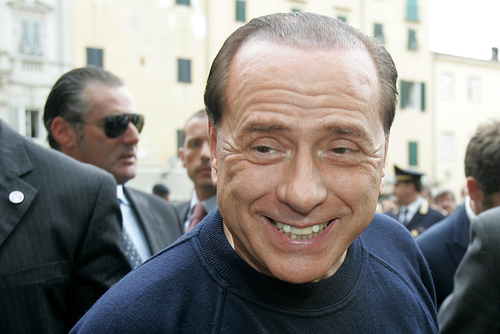 Italian presidential elections have no formal candidacy process, and more than 1,000 parliamentarians and regional delegates who get to pick the president are free to write any eligible citizen’s name on their ballots, in a process that can take weeks before the eventual candidate wins a majority of all the delegates.

Traditionally, a wide range of tricks and backroom dealings have been involved in making delegates and lawmakers tow the party line when voting for the preferred candidate. Indeed, theoretically, the anonymous voting process allows delegates to even vote against the party’s wishes.

The leader of the far-right League party, Matteo Salvini, announced on Thursday that the Italian right-wing bloc stands united behind Berlusconi as a candidate, while he warned that the bloc would “not accept ideological vetoes from the left”.

The 85-year-old businessman and media magnate served four terms as a Prime Minister, defying a rising number of scandals that plagued him. He resigned in 2011 after it became obvious that his government had lost its majority. Subsequently, he was convicted of tax fraud and barred from holding office – a ban that has now expired. Berlusconi’s image was also tarnished by reports of lavish, so-called “bunga bunga” sex parties, although they did little to erode his support among his core voters.

His party, Forza Italia (FI), faltered significantly in the polls in the last elections, ending up in fourth place behind the populist Five Star Movement (M5S), Salvini’s League and the centre-left Democratic Party (PD).

Now that he is re-emerging as a serious contender for the country’s top position, some analysts cite how he is once again using his media empire to garner wider public support for his candidacy – a strategy which secured him four terms in office. Even though the president is not elected by the average voters, Berlusconi believes a show of popular support could go a long way towards swaying delegates who are on the fence.
The role of Italy’s president is mostly ceremonial, other than when the country is facing a political crisis, something that has been the case since the last elections in 2018. If a government fails to secure a stable majority, the president’s is empowered to propose PM-candidates and to try and find a working compromise between the parliamentary parties. This is the process outgoing President Sergio Mattarella successfully used last year in appointing former European Central Bank (ECB) Governor Mario Draghi as a non-partisan PM backed by nearly all parliamentary parties.