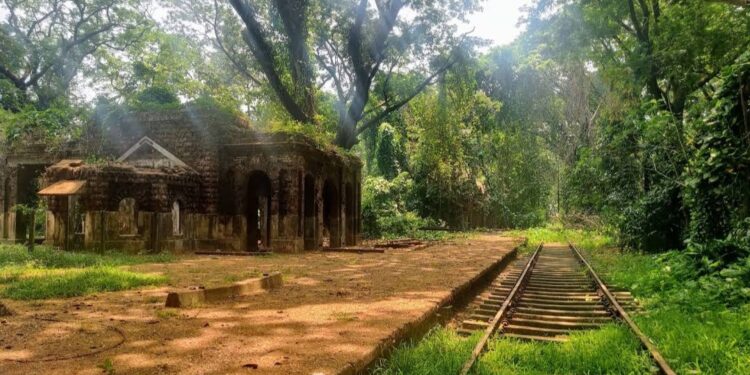 BRUSSELS (Brussels Morning) – Participation is insufficient, mobility needs to be improved and, especially in the field of biodiversity, the plans are too weak. The advice of the regional development commission is sharp for the plans of the region for the Josaphat site. Among other things, 1,200 homes should be built on that old railway site.

With its 25 hectares, the Josaphat site is one of the larger land reserves in the region. The Brussels government wants to build 1,200 homes, schools and a park there. This is only possible if there is a new urban development framework for the zone, a Construction Guidelines (RPA).

The RPA proposal submitted by the government – ​​the second already, after a storm of criticism – is again met with a lot of headwind from the Regional Development Commission (GOC). It consists of 18 independent experts from various disciplines appointed by the government. Its advice is not binding.

Among other things, the committee is critical of the extent to which citizens and associations are involved in the realisation of the project. Too little participation and ‘working together’ has led to a dynamic of dispute in the file, it is said.

In terms of mobility, the Committee feels that the RPA is inadequate for cyclists (no clearly marked cycle paths) and pedestrians with limited mobility.

The GOC is positive that the Region wants to build a lot of homes on the site. However, the institution notes that only 22 percent of these are social housing, while the need for that type of housing is very great.

The sharpest criticism, however, is for the environment/biodiversity component. Among other things, the GOC notes that the part of the RPA dealing with green and blue networks (contiguous vegetation and water) is ‘quite weak’. “Biodiversity is rarely discussed,” they said. The committee also notes that, “although the design of RPA refers to one large continuous park, in reality this is not the case: there are several parks that can complement each other, but they do not consist of one piece.”

The committee therefore asks the government to take more account of zones that lie outside the perimeter of the RPA, such as the former NATO site and the nearby Josaphat Park, with which the Josaphat site can form a whole. The advice refers several times to the concept of ‘green fingers’, which was originally conceived in Copenhagen, whereby strips of greenery and water penetrate deep into the city, bringing coolness and biodiversity, among other things.

Several negative points in the regional plan may have to do with the only limited changes compared to the first version, the GOC suspects. “The Commission believes that the efforts to bring about change at the urban and planning level are insufficient. One construction phase has indeed been deleted, but this is insufficient to take into account the existing biodiversity. Even if there is a follow-up showing that species have disappeared, it will still be too late. To determine in retrospect that species have disappeared is useless.”