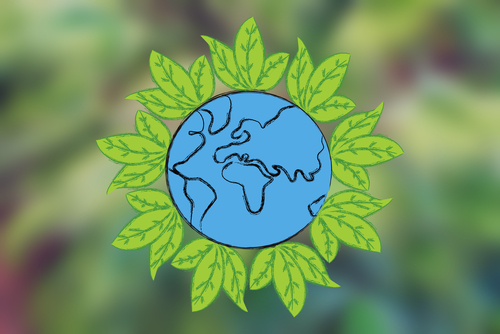 Hamburg (Brussels Morning) “We’re not just going to tinker around the edges”, promising “historic investments” in solar, wind, batteries and transmission, said US President Joe Biden during his campaign for office. On Wednesday, he went on to deliver a two trillion-dollar spending package for unprecedented investment in clean energy and infrastructure alleging to reshape the American way of life.

“The way we’re living now, we would need three planets to accommodate our needs, so we will have to make sure that we change the way we live”, declared EU Vice President Frans Timmermans in Brussels just a few days before Biden, committing Europe to stop “the increase of the world’s temperature (…) the risk of ecocide (…) and transform our economy” so that it can profit from the nascent industrial revolution.

Oil companies, the chemical industry, and the plastic industry have invested in public distraction and campaigns to bend the perception of reality, not least by lobbying governments to shape and mould market regulation and fiscal policies.

For years, the economic impact of climate change has been underreported and underestimated. Based on early work by William Nordhaus, climate change costs us between 0.2% and 2% of the global annual GDP — a negligible figure; but new models employed by the Intergovernmental Panel on Climate Change reveal a different picture. In a recent study, Steve Keen notes how Nordhaus fails to include in his calculation 87% of the US industrial output on the murky assumption that production takes place in carefully controlled environments “that will not be directly affected by climate change”.

A sense of urgency hits home

The COVID crisis may have accelerated in public perception.

“Perhaps the greatest threat .. is the risk it poses for large-scale catastrophic disruptions of Earth systems … Business as usual amounts to conducting a one-time, irreversible experiment of unknown outcome with the habitability of the entire planet. Given the magnitude of the stakes, it is perhaps surprising that much of the debate about the climate has been cast in terms of economics … “, writes Stephen J. De Canio, a Professor of economics at the University of Santa Barbara.

Let us be clear, for the twin crises of climate and environment, there is no easy way out. At the heart of every solution is a discussion about energy production and electrification. So-called green hydrogen, produced from electrolysis powered by renewables, will be in the mix. But it needs time. That path faces multiple challenges.

Think of land use in Italy. To meet its emissions reduction objectives, Italy should install an additional 30GW of photovoltaics by 2030 (for a total of 50GW). This allocation makes up roughly 1% of the total agricultural land within the country. By 2030, renewable capacity in Italy must reach 100GW.

Other options could be explored, not least the production of electricity in the vast Sahara and its transportation to the EU. The German government is moving in that direction, planning renewable hydrogen imports from Saudi Arabia and other Gulf States. Solar energy, however, can be exploited here and now with consolidated technologies and could be available in the short term. That also creates a future perspective for oil-producing countries.

According to documents leaked last week by the European Commission’s Joint Research Centre (JRC), there is also a thinking that nuclear plants should be part of the answer. There are afterthoughts, however, as building a nuclear power plant requires 15 years and cutting emissions is urgent.

The future is controversial

While world powers commit to “transformative investment” we also need developing science-informed decision-making models, for instance applying Life Cycle Assessment (LCA) to calculate in advance the impact of our infrastructure, helping us to prioritise and preserve the planet’s ecosystems.

Artificial Intelligence and supercomputing enhance our decision-making capacity. Humankind must engage in a truly transformative foresight exercise to survive. We can re-learn to operate collectively, regulate our societies and individual behaviours and underpin Freewill with solid predictive capacity. Will today’s leaders be up to the task?

Hard decisions are ahead. Should the EU greenlight investment for natural-gas-fired powerplants as a “transitional solution” for district heating and power generation (CHP)? And how fast should they replace coal-fired plants? There are no easy answers.

The underlying issue is how fast the world rids itself from fossil fuels. For instance, methane is 84 times more potent as a greenhouse gas than CO2 over a 20-year period.

Many EU companies are not monitoring methane emissions along their supply chains. Yet, the question we are confronted with is whether we can afford to exclude established technologies that would have a significant positive impact right now by replacing coal.

Within the EU, Poland might be the country to watch, as its energy mix is still heavily dependent on coal. But the same, to a different extent, is true everywhere. The European electricity system is still widely reliant on fossils for energy generation. Even in countries like Italy, where coal accounts for “only” 13.5% of the overall capacity, coal fired-powerplants still play a significant role in greenhouse gas generation. The decision to shut down all Italian coal-fired plants by 2025 is the right thing to do, but that means coming up with fast solutions and natural gas seems the most mature option. Hence, an approval procedure for combined cycle gas plants is underway in Rome.

The same can be said about Germany, where the parallel phasing out of nuclear and coal capacity is a structural challenge. The controversial Nord Stream 2 project is critical in this planning. Somehow paradoxically, the fast-paced transition to renewables has been sustained by French nuclear power plants.

Inevitably, there will be a compromise between corporate interests and member states, demand and supply, and the Green Deal will be an uphill battle in which regulators in Brussels pick their battles carefully. The tilting point in winning the war is changing the rules of the economy, which means pricing.

Europe is meeting that challenge. The EU’s Emission Trading System (ETS) yields results as we move from meagre carbon prices to higher, more sustainable levels: 38 euros per tonne in February 2021, up from 34 euros in January and 31 euros in December 2020.

Poland, among other countries, has been calling for action to “rebalance” pricing, as it erodes competitiveness in a country heavily reliant on the black stuff. But modelling suggests we are heading for an average price of 120 euros per tonne globally by 2030 so that we can keep global temperatures below a rise by 1.5 degrees celcius benchmark. In rich countries, prices will be much higher.

The Commission will revise the EU emission trading system (ETS) to align with a new EU emission reduction target for 2030 (-55%).

Phasing out subsidies for all forms of fossil fuels is the next step. To eliminate fossil fuels, people must see them as more expensive and less efficient than clean energy. Market mechanisms will then solve the riddle of “transition fuels” and accelerate the deployment of these cleaner technologies.