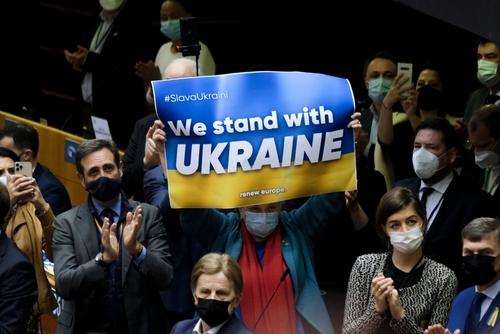 EU finance minister approved the move at the Economic and Financial Affairs Council (ECOFIN) Council meeting earlier this month in Prague, the Council reminded in a statement on Tuesday.

The body pointed out that the latest MFA package “complements other EU support to Ukraine in the humanitarian, development customs and defence fields.”

“We deliver on our promises and help ensure that the Ukrainian state and its key infrastructure can continue to function despite Russia’s war of aggression,” he added and announced “at the next ECOFIN meetings, I will push for a swift agreement on the provision of the remaining 3 billion euro.”

The Council stressed that the latest MFA aid will be provided “in the form of highly concessional long-term loans…. it constitutes the second stage in the implementation of the planned full Union’s exceptional macro-financial assistance to Ukraine for up to 9 billion euro, announced by the European Commission in its communication of 18 May.”

The body pointed out that its latest decision provides the means to absorb the risk of losses on the loans “as well as on the 1 billion euro loan adopted on 12 July 2022,” noting that the bloc fully disbursed the latter in August.

It added that the EU should swiftly adopt a decision on providing Ukraine with additional 3 billion euro, stressing the importance of reaching agreement on the design of that assistance.

The EU Council reminded that the EU-Ukraine Association Agreement entered into force in September 2017, stressing that “in addition to promoting deeper political ties, stronger economic links and the respect for common values, the agreement has provided a framework for pursuing an ambitious reform agenda, focused on the fight against corruption, an independent judicial system, the rule of law, and a better business climate.”

It concluded that the EU provided Ukraine with support worth more than 7 billion euro in the period between 2014 and 2022.

Tags: €5bn for UkraineMain-Slider
No Result
View All Result