EU can save energy by shutting down factory farming, say NGOs

by Martin Banks
in EU Institutions 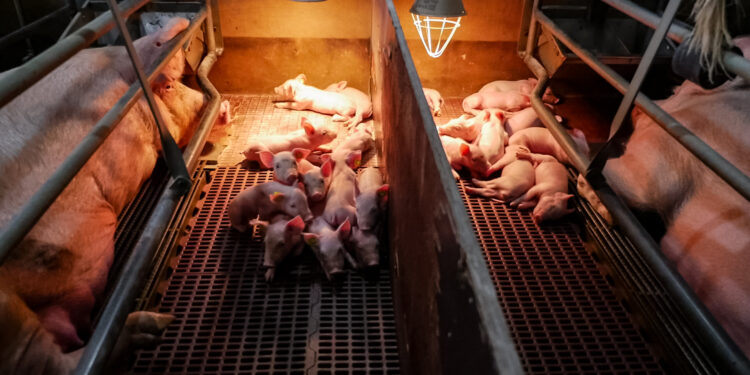 Belgium, (Brussels Morning Newspaper) The European Union has been urged to shut down factory farming in order to mitigate the impacts from the current energy crisis.

The demand was made on Thursday by several EU-wide animal welfare campaign organisations.

A joint statement urges the EU to shut down intensive animal farming as part of an “effective strategy” to mitigate the energy crisis, a measure that, is is claimed, would go “hand in hand” with EU’s climate and public health commitments

Each insist that the EU and governments “should not continue to keep industrial animal farming on life support.”

Industrial agriculture lobbies, they claim, are particularly “vocal for more money and secure access to energy.”

However, in a time of “energy insecurity” across Europe and the rest of the world, governments “should be particularly selective” of which public goods to invest in, according to campaigners.

A statement issued on 22 September states, “Across the EU, governments are putting in place measures to save energy, including shifting pressure on consumers,” say the NGOs, regretting that “all governments across Europe have so far ignored the elephant in the room – industrial animal farming, which is highly energy-intensive.”

Recently, chicken meat producers warned that a cut in the energy supply would require them to go ‘out of production within 18 months’ as they need energy in every step of the production line.

This includes everything from heating, lighting and ventilation to feeding systems, transport of feed and live birds and heating of water for plucking the birds, cooling systems, steaming and heating the feed.

The latest report by the United Nations’ Intergovernmental Panel on Climate Change, published this year, states that a higher share of plant-based foods with “greater dietary diversity and reduced consumption of animal-sourced foods and unhealthy foods” has both mitigation and adaptation benefits and other environmental co-benefits.

Commenting, Olga Kikou, Head of Compassion in World Farming EU,told this website: “We simply cannot overlook this absurd situation of agribusiness lobbyists continuously asking the EU for indiscriminate support, even at times like these.”

She added, “Now is the time for governments to stop keeping factory farming on life support. Industrial animal farming exploits animals mercilessly, has catastrophic consequences on our planet and it has huge energy consumption costs associated to it.”

For over 50 years, Compassion in World Farming has campaigned for farm animal welfare and sustainable food and farming and, with over one million supporters, it has representatives in 11 European countries, the U.S., China and South Africa.