Energy prices, why the market cannot save us

by Sira Rego MEP and Cornelia Ernst MEP
in Opinion 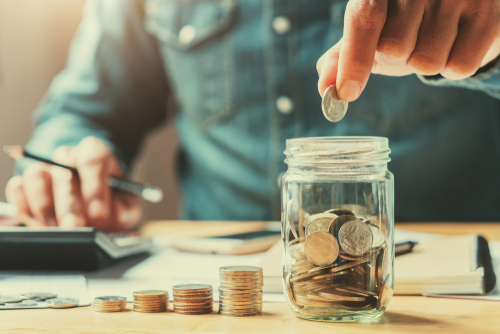 The pandemic has made it clear that blind faith in the market not only causes injustice, but is ineffective in meeting the challenges of our times. Ahead of a key meeting of EU energy ministers, we call for concrete answers from European institutions and governments. There is only one way to respond to the needs of people: treat energy as a right and redesign the market.

Brussels (Brussels Morning) As we brace ourselves for a new Covid wave, we are witnessing, yet again, the failure of market-based solutions to pressing public issues. Over the past year, The Left in the European Parliament, citing the risk of the rise of dangerous new variants, led a battle to drop patents on Covid vaccines and give priority to public health over the profits of Big Pharma. The rise of the Omicron variant is one of the many tragic side effects of the market fundamentalism defining Europe’s response to one of the worst public health crises of recent times.

This fiasco of the EU’s market obsession however, is not limited to health policies. It impacts many aspects of our day-to-day lives, such as switching on the lights or heating our homes. Millions of people in Europe are dealing with an unprecedented rise in energy prices. Across the Union, soaring energy bills are putting the ability of working class people to light and heat their homes at risk. This has been further compounded by the re-introduction of teleworking for many over the winter months.

This energy crisis adds to the challenges of a global pandemic, a timid energy transition and increasing calls for climate and social justice. These overlaps intensify the multiple crises we are going through. Crucially, they all share a common root cause: blind faith in market-based solutions, regardless of the nature of the issue, be it public health, the climate crisis or the energy transition.

What the past years should have taught the European Commission and the Council is that the market is not only unfair, it is also ineffective. On the one hand, it generates gross inequalities and cumbersome externalities shouldered by the most vulnerable. On the other, it is not able to deliver on its own promises. For decades, the European Commission and the various advocates of neo-liberal policies argued that privatisation of the energy sector, and competitiveness would bring prices down. The exact opposite is happening.

If we look at the energy model in Europe, we see a sector dominated by vast inequalities which hamper any kind of change. A handful of big power producers squeeze out small cooperative producers and hinder efforts towards democratic, local control. Meanwhile, over 31 million people in the EU – almost half the population of France – are living in energy poverty, unable to adequately heat and light their homes. As one might expect, the spike in prices has heightened these differences with energy giants dishing out millions of euro in dividends to shareholders while thousands of households are plunged further into energy poverty and precariousness.

In this profit-driven market, the energy transition is dependent on public subsidies to drive private investment, reinforcing the notion and practice of energy as privatised goods. This in turn leads to a concentration of power among a powerful elite, and price volatility in the market. Within this context, we hate to break it to the Commission, but no toolbox will be able to fix a system designed to benefit the interests of the few over the many.

Tomorrow’s Energy Council will discuss, among other things, the rise of energy prices and the progress of the “Fit for 55” package. The urgency of the climate transition means member states and EU leaders must rethink the energy sector and the Union. As long as competition and profitability are at the centre of the EU’s “climate action”, then a fully-fledged transition will remain nothing more than the “blah blah blah” so poignantly articulated by Greta Thunberg and activists recently in Glasgow.

The production and use of energy accounts for more than 75% of the EU’s greenhouse gas emissions. Decarbonising the EU’s energy system is not only critical to reach climate targets, it is essential to ensuring that the energy sector works for both people and the planet.

Europe’s blind faith in the market, coupled with its stubborn decision to ignore market failures, is exacerbating the climate and social crisis. We call on EU energy ministers to rise to the challenge of our time. We must change course: stop defending the privileges of big corporations, put people and the planet at the core of EU policy. There is only one way to do this: redesign Europe’s energy market.

The authors, Cornelia Ernst and Sira Rego, are Left MEPs in ITRE (Committee on Industry, Research and Energy)