Ethiopia: The EU must be on the frontline to avoid humanitarian catastrophe 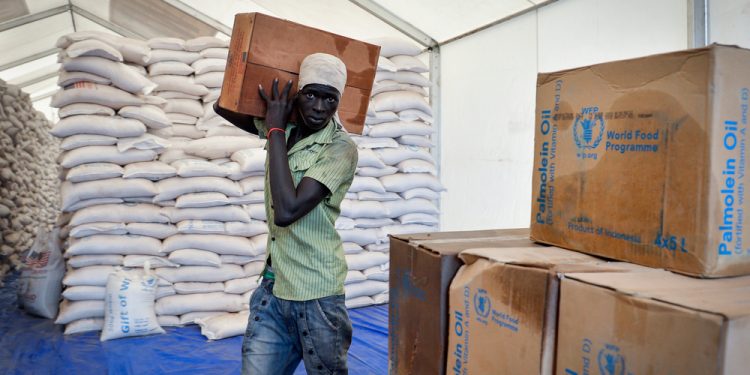 Brussels (Brussels Morning) The violent conflict that has ravaged Ethiopia for over a month still does not seem close to a resolution — neither military nor diplomatic. On the contrary, tensions are escalating with potentially drastic consequences. Despite the “final phase” of operations launched by Prime Minister Abiy, there has been no ceasefire.

Federal government troops have conquered the capital of the Tigray region, Makelle, yet the Tigray’s People Liberation Front Popular (TPLF) do not seem willing to throw down their guns. As numerous international media outlets have reported, following the loss of the capital, the TPLF militias have regrouped a few kilometres away, continuing to engage in armed confrontations and adopting tactics increasingly comparable to guerrilla warfare.

The casualties of these four weeks of clashes are now in the order of the thousands. Moreover, according to data from the UN High Commissioner for Refugees, about 50,000 people have been forced to flee their homes to seek refuge in neighbouring Sudan.

The Ethiopian conflict is taking on the features of an existential clash between the federal authorities and the Tigryian leaders. The former are aiming for a “decisive, merciless” solution that will put an end, once and for all, to the resistance of the local authorities. The latter have called on the population to “fight to the death” a government deemed illegitimate, which denies their claims and demands.

Considering the motivations of, and the forces deployed by, the parties there is the real risk of a long war of attrition, characterised by very high levels of brutality. Many signs of this trend have been reported – among them the massacre of 600 unarmed civilians in the city of Mai-Kadra on 9 November, an episode that could amount to a war crime.

It seems we are facing an ever more concrete risk of a humanitarian catastrophe. The future of a country already plagued by unresolved ethnic tensions is at stake, as is the stability of the whole region, which is essential also for our security.

Ethiopia is one of the countries that benefit the most from the funds made available by the Union through the European Development Fund, the Trust Funds for Africa, and other initiatives, with around 215 million euros guaranteed on an annual basis. Our strong relations with the country, as well as the ongoing humanitarian crisis and the risk of a spillover to neighbouring countries compel us to step up our efforts.

The European Commissioner for International Cooperation, Humanitarian Aid and Crisis Response, Janez Lenarčič, flew to Addis Ababa on 1 December for a meeting with the Ethiopian authorities. In the immediate term, the Commissioner demanded that access to humanitarian aid is ensured and that telephone and internet lines are restored in the regions where the conflict is developing, in order to facilitate the lowering of tensions and opening of negotiations. These efforts seem to have already borne fruit. Indeed, on the evening of 2 December, the UN spokesperson announced an agreement had been reached with the Ethiopian government for the entry of essential goods, such as food and medicines, into the Tigray region as of the following day.

Now Europe must aim for a negotiated solution that guarantees the territorial integrity of Ethiopia through all means at its disposal. To do so, we need to support the African Union (AU) as the multilateral organisation designated to resolve the conflict in line with the will of providing African solutions to African problems. As a first step, an immediate and close dialogue is needed between our Special Representative for the Horn of Africa and the three counterparts recently appointed by the AU. At the same time, we should be ready to support any potential AU efforts to deploy an interposition force to be set up as part of a UN-authorised peacekeeping operation.

Emergencies and sudden-development situations, such as the Ethiopian one, clearly demonstrate the need for the EU to strengthen its Common Foreign and Security Policy instruments. It is necessary to speed up our decision-making processes and act with one voice, united in defence of unequivocal positions. Only by becoming a global player capable of acting on a broad spectrum, both in multilateral contexts and autonomously when necessary, can the European Union prevent humanitarian catastrophes of tremendous proportions.