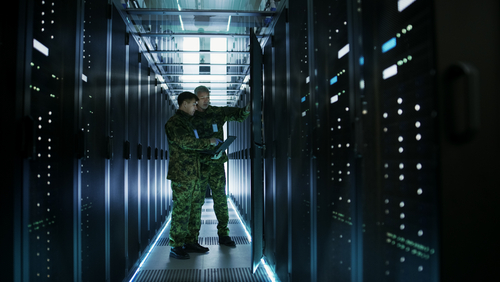 For more than ten years, the two agencies have collaborated on several relevant projects such as space-based Earth observation, unmanned vehicles (sea and air), critical technologies for non-dependence, CBRNe, Guidance, Navigation and Control, and cyber resilience.

Inevitably, most of the world’s critical infrastructure is heavily dependent on space, and, more specifically, on space-based assets, to sustain its daily functioning requirements. Space infrastructure, including satellites, ground stations, and data links at the national, regional, and international level, lie at the core of all essential systems. This applies across the board to communications, air transport, maritime trade, financial services, weather monitoring, and defence.

ESA Director General Josef Aschbacher stated: “In today’s world, space creates and relays critical data, which we need to protect. This is the very reason why ESA is committed to securing its space assets as well as those of its Member States and partners from cyber interference”.

Understanding the nature of threats

For 100 years,  the three military domains were land, sea, and air, each led, if not exclusively, by its respective military branch. Of note is how in the last decades all three started to rely on cyber and space capabilities. Also, that they were configured as domains in their own right through the establishment of specialist military commands.

Just like the rest of the world, Europe is catching up by becoming increasingly reliant on space systems to gather data, information, and services. This has resulted in a dangerous and potentially damaging rise in threats and disruptions to satellites, whether originating from random encounters with space debris or being subjected to deliberate cyber-attack.

Often, wider discussions of cyber threats concerning critical national infrastructure fail to emphasise sufficiently just how vulnerable satellites and other space assets are to cyberattack. The challenges derived from meshing space and cyberspace, especially those for spacecraft, have not been properly addressed by space policy or cybersecurity policy. There is a need to implement additional spacecraft defences to counter the emerging cyber threats to spacecraft by nation-state actors.

At a time marked by a significant number of asymmetric cyberattacks, space force capabilities should focus on acquiring systems with hardened attack surfaces. When it comes to space operations, the situation can go down in a matter of seconds, which means that cyber assets must combine maximum reliability with near continuous availability.

The focus should not be on the satellites alone but on the networks they form a part of. Protecting them demands that humans and computers work together in synch. All networks share the same key properties as follows: they are fragile by nature, represent a quiz for humans to solve, and are prone to lateral movement after the cyberattacker gains initial access.

Only by understanding networks can we move on to defending networks. Already, this is a point of struggle in terrestrial cyber warfare. It only worsens as the networks extend off the planet’s surface.

It is essential for life on Earth to establish security and prosperity in space for long-term trends. This is not an issue that can be addressed with short-term strategies, given that the security of assets in space will play a huge role in future terrestrial conflicts.

The threat is clearly growing. For example, the cost of jamming and control-takeover technology is dropping, while the benefits to hackers is growing commensurately.

China, Russia, the US, and other nation-states already possess the capabilities to conduct a cyber-attack on the high frontier. The goal is to attempt to attack communications or information streams vital for commerce and security, hence they target the disruption of satellites.

Consequently, the trend towards cyberattacks on satellites provides all the more reason for drastically increasing the scope and range of measures to counter the risk of such threats. Even countries like Iran and North Korea, are highly experienced in waging cyber warfare, and directing such attacks against satellites is something they are now capable of doing at a relatively low cost.

There has been a lot of activity among spacefaring countries and companies to harness new technologies with the aim of pushing towards new boundaries. Clearly, there is much value in doing so, but at the same time, such an act can open the door to chaos and competition.

There is way too much at stake for the EU to allow lax security to potentially jeopardise our continental security and indeed the health and safety of dedicated space workers.

A lot of emphasis is being placed on investing and continuing to build the satellite backbone required to guarantee our safety and economic well-being for the coming decades. With that in mind, we must also realise that security by design cannot and must not be an afterthought.