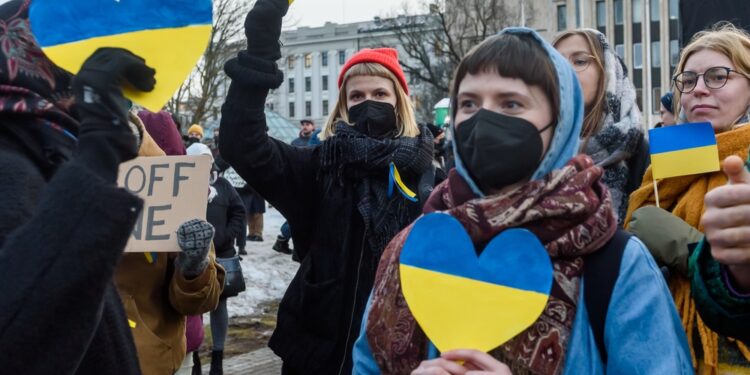 “Currently, the front is not only on the territory of our country, but also outside its borders,” reads a Facebook message that the Ukrainian embassy in Belgium posted on Monday.

“Russia gives money to open schools, kindergartens, language courses, etc., in order to collect personal data and carry out propaganda. We urge you to be vigilant when responding to that ‘help’. The Embassy certainly does not recommend that you register with questionable educational institutions, such as the Ukrainian school ‘Vesna’, and that you do not share your personal data with such a pseudo-educational institution.”

With this post, the Ukrainian embassy wants to warn against Russian infiltration in Belgium. Vesna , which opened this week , is the only one mentioned. The embassy claims it is unclear where the money for the school comes from, where it gets its teachers and what the education program is.

The concern stems mainly from the fact that co-founder Maria Smirnova is Russian, who according to the embassy does not speak Ukrainian. The embassy said it had to press for an interview. It finally took place at the beginning of last month, but without co-founder Kira, a Ukrainian with whom the embassy had also been trying to meet for a long time.

According to the embassy, ​​many questions remained unclear even after the conversation, including about Smirnova’s position and her motivation. Precisely because she is Russian, the embassy fears that the school is sponsored – directly or indirectly – by Russia, which can collect data from Ukrainian citizens through this means.

Maria Smirnova denies all allegations. “It is very unfortunate that they are now making these baseless allegations,” she told BRUZZ . “We are here to help the children, and we do it with people of different nationalities, such as Ukrainians, but also French and Belgians. The fact that they call me a Russian is by the way a form of discrimination: I am now French, I have lived in Europe for 15 years. And you cannot accuse every Russian of complicity in the war just because they are Russian. Am I against this war? All wars are terrible.”

According to Smirnova, she responded quickly to the request for an interview and gave the embassy all the necessary information. “About the financing, but also about my experience: I opened three schools in France before. The fact that Kira was not there is because she tried to get her parents from Ukraine.”

She is formal about the use of the personal data: “They are not forwarded, there is no leak. We also never asked for people’s passports. The surname and first name are, but without checking whether they correspond to the official documents.”

Smirnova and her colleague Kira have now contacted the embassy again, but the embassy will not elaborate further. “We have made our statement,” it sounds at the embassy. “Now it’s up to the Ukrainians to decide what to do. Belgium is a free country.”

According to Smirnova, no parents have so far removed their children from school as a result of the warning. “On the contrary, the parents thank us.”