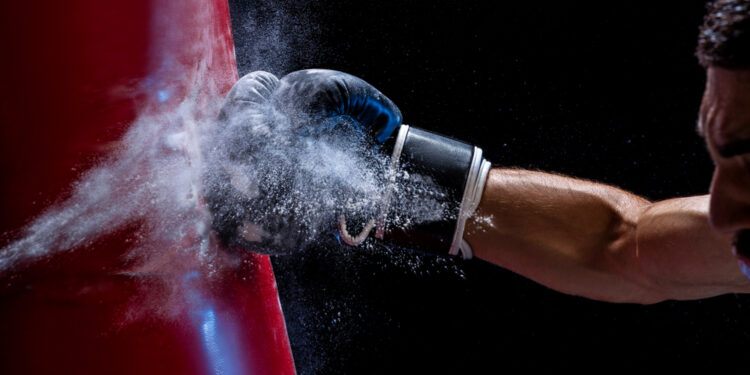 Brussels, (Brussels Morning)- The Brussels resident who was taken lifeless from the water near Charleroi on Thursday morning, turns out to be the talented boxer Lay Kalenga. The 29-year-old Anderlecht player was well on his way to breaking through professionally, but did not survive the swim in the former mining area. The boxing world is in shock.

Lay, in full Lay Kalenga Mshika, was present with a friend at the Pircha pond near Charleroi. The two had decided to go swimming, despite the ban. According to police witness statements, neither of them was completely comfortable in the water, writes La Dernière Heure. Earlier, the police had told BRUZZ something similar.

Kalenga disappeared under water on Wednesday, never to resurface alive. “Lay was already very successful as an amateur player. On June 26 he showed that he was also very respected as a professional player. I was in the process of arranging a new match for him in the UK in September. Unfortunately it didn’t have to be this way ,” says manager and coach Alexandre Polizzi to BRUZZ .

“It is with great sadness and shock that we inform you of the sudden death of our promising professional boxer Lay Kalenga,” reports the Vlaams Boksliga. The Anderlecht player still boxed at the ‘All Eyez on Brussels VI’ gala on the Erasmus campus of the ULB in Anderlecht on June 26. “There he clearly and unanimously won against Remi Scholer. With a strong amateur career both at home and abroad and already two professional camps, the expectations of this promising boxer were high.”

The Anderlecht boxer Lay Kalenga is unfortunately not the only one who died by drowning. On the same day, 19-year-old Rahju from Flanders died. He was on holiday in Charleroi and went swimming in the Gralex quarry, also not far from Charleroi. Two weeks ago, a Molenbekenaar drowned in De Plas near Houthalen-Helchteren in Limburg.

In 2021, a young man from Uccle died who went to sea with friends, but was surprised by the current. Every year there are a few cases that make it to the media. The figures from the Belgian statistical office Statbel suggest that in reality there are even more.