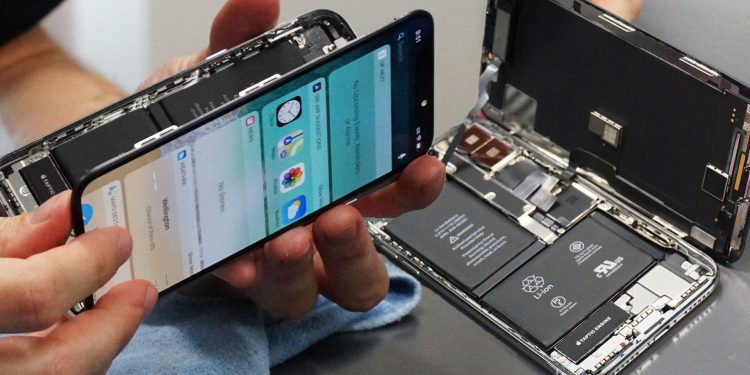 Brussels (Brussels Morning) Calls for the ‘’right to repair’’ electronics are growing louder in the EU as the push for a circular economy gains ground, DW reported Tuesday. As most modern electronic devices become unusable in a few years due to planned obsolescence, the pressure for making products that can be re-used and repaired is mounting.

The focus of manufacturers, as far as smartphones, tablets and laptops go, is sleekness, with lifetime and repairability taking a back seat to style..

Dorothea Kessler, communications manager at iFixit Europe pointed out that manufacturers are intent on making devices thin rather than repairable, something that cannot be achieved when parts are glued together. This is commonly the case, she noted, since modern devices often come with batteries and displays glued to the body as a way of making the devices waterproof.

The iFixit Europe group’s repairability index is aimed at raising awareness about the importance of repairable products in relation to a circular economy as well as providing consumers with advice about their purchases.

Kessler’s group is at the forefront of a movement pushing for the consumers’ “’right to repair”, and provides tools and schematics for do-it-yourself repairs. According to the group, alternative phone manufacturer Fairphone tops the list of products in terms of repairability. Other makers lose points for gluing displays and batteries together or for their use of screws that require special tools if they are to be loosened.

Market leaders in the smartphone segment — Samsung, Apple and Huawei — are near the bottom of the repairability list, with Apple marginally better.

Kessler noted that software updates frequently prevent consumers from using their products for longer periods. Manufacturers deliberately stop releasing updates for older products a few years after release in order to ensure this. This makes smartphones obsolete quickly, she pointed out, even though the hardware is still functioning or can be repaired.

Thomas Ebert of the German Federal Environment Agency (UBA) says initial studies into the design of smartphones and tablets are underway, which could lead to new directives that the EU could impose in the future. France has decided against waiting on the EU to come forward with new rules and has announced it will introduce an index of repairability in January 2021.

Ebert predicted that the EU could take years to adopt a similar model unless the push from France gains enough momentum to exert additional pressure on other EU member states to do likewise.