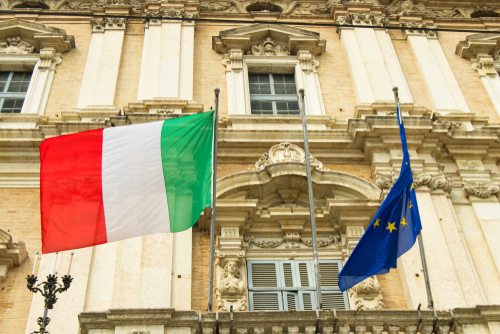 Brussels (Brussels Morning) Italy’s former Prime Minister Matteo Renzi, who triggered the country’s current political crisis by withdrawing his support for Prime Minister Giuseppe Conte, has indicated he would be willing to return to the ruling coalition if the former European Central Bank (ECB) head Mario Draghi were its choice for new PM, Reuters reported on Sunday.

After clashing with Conte on the government’s handling of EU pandemic aid funds, Renzi abruptly pulled his Italia Viva (IV) party from the ruling coalition last month, plunging the country into a political spin. Having tried and failed to garner support from other parties and individual representatives and senators, Conte ultimately failed to secure a majority in the Senate, which forced him to resign.

Renzi, who was then the leader of PD, swooped in to save the Conte government after the right-wing League withdrew from its coalition with M5S and called for snap elections in 2019. PD then joined with M5S to keep Conte in power. After being replaced as party leader, Renzi left PD with a number of his supporters and formed a new party – Italia Viva.

According to Reuters, Renzi would now be happy to return to the coalition should Draghi choose to lead it, although he has not yet said so openly. Fico has meanwhile started his mediation between the parliamentary parties, and is expected to report to Mattarella on Tuesday.