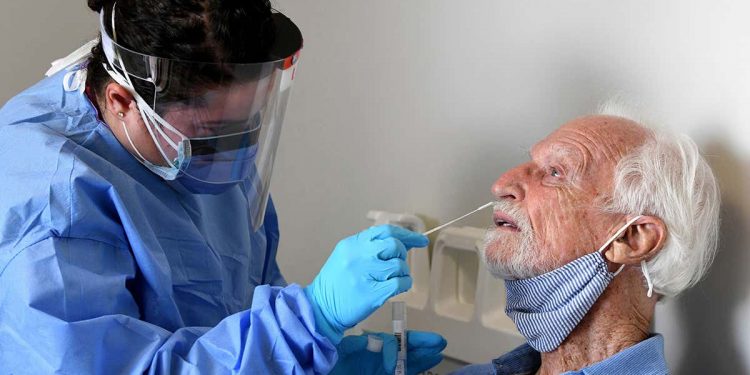 Brussels (Brussels Morning) Doctors in Hungary warn that lack of medical staff trained to treat COVID-19 patients in intensive care could overload the country’s healthcare system and lead to a rise in fatalities, AP reported yesterday, Tuesday. They stressed that the government’s purchase of expensive medical equipment cannot help in this regard.

Earlier this year, the Hungarian government purchased 16,000 medical ventilators for 842 million euro in preparation for a surge in infections in autumn. It has ordered hospitals to expand their intensive care units (ICUs) in response to the rapid rise in COVID-19 patients.

Last week, Hungary’s Prime Minister Viktor Orbán announced the country’s strictest restrictions to date in an effort to curb coronavirus hospitalisations and deaths, which have been rising quickly. He predicted that, without imposing the new restrictions, the healthcare system would have a 50% chance of dealing with the coronavirus pandemic.

The Hungarian Chamber of Doctors (MOK) pointed out that, when it came to the treatment of ICU patients, the bottleneck is the number of qualified doctors and nurses, rather than the numbers of available ICU beds and medical ventilators. MOK vice president Péter Álmos criticised the government for unduly focusing on the number of available ICU beds and medical ventilators, when patients need doctors and nurses to treat them.

He criticised the latest restrictions, imposed last week, as having been introduced too late in the day. Measures include mandatory wearing of face masks in public, a curfew, remote learning in universities and high schools and limitations on family gatherings.

The jump in the number of patients has meant sub-optimal treatment, Álmos warned. He pointed out that mortality rates in ICUs had reached around 50%, compared to about 30% in the spring, and stressed that the ratio would continue to increase in the coming weeks.

He observed that Hungary has about 2,000 ICU specialists and approximately as many ICU nurses. The recent increase in hospitalisations had pushed the doctor-patient ratio to 1:20 in some ICUs, he said. On Tuesday, 7,477 COVID-19 patients were receiving treatment in Hungarian hospitals, 576 of whom were on medical ventilators.

Hungary had been struggling with a shortage of medical staff before the pandemic broke out, large numbers of doctors having emigrated since the country joined the EU in 2004.