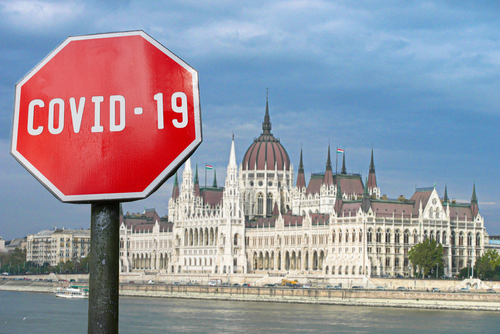 Belgium, (Brussels Morning Newspaper) Around 40% of Europe’s essential health services were disrupted by COVID-19 in the first year of the pandemic, a pattern that continued into 2021 the virus having a “disproportionate impact” on the mental health of Europeans, according to the Worlkd Health Organization.

The alert was raised in WHO’s European Health Report 2021, which asserts that a “critical window of opportunity” remains in which governments and national health authorities can take the necessary measures to minimise the impact of the pandemic on multiple levels.

According to the WHO Europe, during the first months of the pandemic, 40% of essential health services were at least partially disrupted, and that this continued in 2021, with the suspension of about 29% of these services.

The WHO report said that the magnitude and extent of disruptions to national health services appeared to have decreased throughout 2021, but “cancellation of health care remains a serious problem and is associated with issues of staff availability and inpatient beds”.

The report cites examples of breast, cervical and colorectal cancer screening and treatment, which in most of the more than 50 countries that make up the WHO European region were partially disrupted and/or delayed.

WHO acknowledges that data can vary on quantifying the increase in preventable cancer deaths, but highlights a UK study, which estimated that additional deaths in five years due to breast, colorectal, lung and of the esophagus are between 3,300 and 3,600.

“Policies for canceling [partial] non-urgent elective surgeries and/or reducing the length of hospital stay for patients have been implemented by many countries, including Belgium, the Czech Republic, Denmark, Germany, Ireland, the Netherlands, Portugal, Switzerland, Turkey and the UK”, according to the report.

The report adds that the pandemic had a “disproportionate impact” on the mental health of Europeans, mainly affecting women aged between 18 and 24 and 35 to 44.

WHO also warns that the pandemic “is not affecting everyone equally”, since its direct and indirect effects “have been much more harmful to the health and well-being” of children, adolescents, women, the elderly, refugees and migrants, marginalised groups, people with long-term illnesses or disabilities, as well as those working in precarious jobs, or the unemployed and people living in poverty.

“While COVID-19 may affect everyone, it is not affecting everyone equally. It is important to realise that morbidity and mortality related to COVID-19 tends to follow a social gradient and is related to the conditions in which people are born, grow, live, work and age”, WHO contended.

Between 24 January, 2020, when the first case of COVID-19 was recorded in Europe, and 31 December,  2021, more than 102 million people out of a total of 929 million inhabitants in the WHO European region were infected with SARS-CoV-2 and about 1.7 million died from the infection.

“Fortunately, Europe has a roadmap to follow – our forward-looking five-year plan unanimously approved by member states in 2020”, Dr Hans Kluge, WHO Regional Director for Europe, declared.

“The European Programme of Work recalibrates health priorities under key themes and pillars, envisaging united action for health by governments, civil society and other key partners”, he concluded.