Consequences of the Salman Rushdie Affair 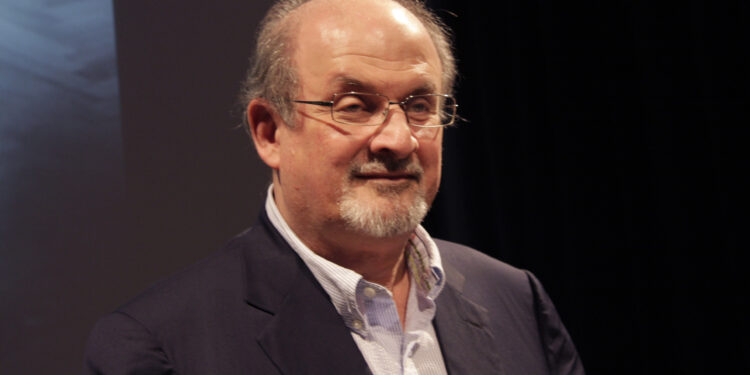 British author Salman Rushdie was critically wounded at the hands of Hadi Matar, a Lebanese American, while lecturing at an American association on August 12 in New York.

In February 1989, the founder of the Islamic Republic of Iran, Ayatollah Ruhollah Khomeini, put the novelist on an unannounced “universal hit list” through a death decree issued as a “fatwa” – religious order.” He charged the author with blasphemy against the Prophet of Islam in his novel “The Satanic Verses.”

During the last 32 years, the British novelist has lived under police protection, fearing attempts like the one he was victim recently in New York. Meanwhile, his publishers and translators have paid the price of their lives during the last three decades.

When the fatwa was issued long before the attack on the Twin Towers on September 11, 2001, and when ISIS was only a dream, rather a nightmare, few people imagined the consequences of such a ruling.

But just after the sinister fatwa, Djavad Larijani, former secretary for “human rights” in the Iranian judiciary, described it as a “new type of power.”

The theory stems from the medieval religious dogma that predates the capitalist era; it can therefore hold nowadays only if imposed through a State power, by terror, murder, repression, and crime, together with deception under the name of Islam.

According to this theory, this regime commits its crimes in the name of Islam.

In 1988, 30,000 political prisoners, more than 90% of whom were members of the Mojahedin-e-Khalq (MEK – democrat-Muslims), were executed in months following another fatwa by Khomeini. Those prisoners stood steadfast in their support for the opposition. Khomeini had also issued a fatwa to rape female political prisoners before their execution in the early 1980s.

In the name of Islam and war against infidels, the Mullahs’ regime is blowing up, destroying, killing, assassinating, and taking hostages in Lebanon, France, Argentina, African countries, Arab countries, and now in Iran to obtain ransoms.

Fatwas, as religious orders, are but a tool in Tehran’s inventory enabling the country to promote what is now called the “diplomacy of hostages .”

Assadollah Assadi, Iran’s third secretary at the country’s embassy in Vienna, was arrested after having passed a half-a-kilo HE device to operatives who should place it in the opposition National Council of Resistance’s annual meeting in Villepinte, close to Paris, on June 30, 2018. Antwerp’s court of justice condemned Assadi to 20 years in prison. Three operatives commandeered by Assadi received similar charges confirmed by the appeal’s court. While everybody thought that Assadi would stay behind bars for some time as the first such case, the Iran mullahs did not share this view. They arrested a Belgian humanitarian aid worker in Iran on no valid grounds, and soon after that, a bill was slipped by the Belgian government into the Parliament asking for approval of an agreement allowing Belgium and the Islamic Republic of Iran to exchange prisoners. Thus, a convicted terrorist diplomate serving a 20-year term in Belgium can be sent back to Iran quickly to release an innocent humanitarian aid worker.

The practice paves the way for further terrorism on European soil.

In its editorial on August 9, the French daily Le Monde referred to this policy of hostage-taking as a “characteristic of rogue states.”

“Iran has long since made it a detestable specialty, as evidenced by the agreement ratified in July by the Belgian Parliament, which could allow the release of an Iranian diplomat also sentenced to a prison sentence in Belgium for his role in a plot to attack a gathering in France of irreducible opponents of the Tehran regime. Brussels seems to have resigned itself to it to obtain the release of Western prisoners, including one threatened with execution,” the prestigious French daily wrote.

It is sufficient to look at official comments from Tehran after the assassination attempt against Salman Rushdie to make sure this policy is going to flourish:

Nasser Kanaani, the Iranian Foreign Ministry spokesman, voiced support for the attack on Rushdie: “We don’t consider anyone other than Rushdie and his supporters worthy of blame and even condemnation.”

Javad Karimi Ghoddousi, a member of the Parliament’s Security Commission, affirmed: ” Today, if the regime wants to take revenge, it could remotely place an order to individuals who know their way around in Manhattan’s slums, pay them a sum, and they can do the job.”

Gholamreza Mesbahi Moghadam, a member of the regime’s “Expediency Discernment Council,” admired the assailant’s actions. “We consider this young man’s work the right thing to do.”

Malik Shariati Niaser, the spokesman for the Parliamentary Energy Commission, said: “If the attack on Salman Rushdie is the work of Iran (regime), proves Iran’s power, and if it is the work of someone who has not seen Khomeini and is independent of Iran, then it signifies the export of revolution to the heart of the enemy.”

In an article titled “Salman Rushdie struck with divine revenge, Trump and Pompeo are next,” the state-owned Kayhan daily wrote on August 14: “The attack showed that revenge against the perpetrators of crimes is possible and punishing criminals on American soil is not a difficult task. After this, Trump and Pompeo will feel more threatened.”

The heinous fatwa demonstrates that Islam and its prophet are used as a pretext by the rulers to preserve the system and the regime at all costs in Iran.

All of these say that Hostage Diplomacy is going to continue.