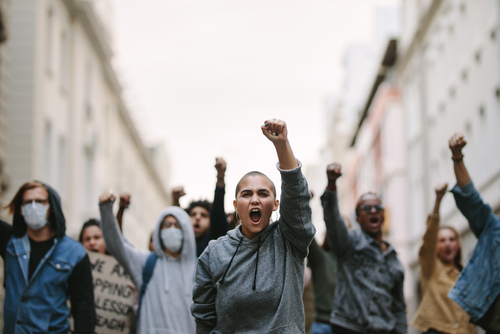 Brussels (Brussels Morning) A group of civil rights organisations has called on the European Parliament to reject proposed censorship rules that could infringe on fundamental rights, Reuters reports.

The rules would require platforms to remove terrorist content within an hour of it being posted online. According to the group of 61 civil rights organisations, the time frame stipulated is so short that it would necessitate the use of automated tools. Such tools, they contend, are incapable of distinguishing between criticism, activism, satire and discussion about terrorism.

The EC drafted the rules in 2018 in the wake of terrorist attacks across the EU, stressing at the time that online terrorist content had been partly responsible for the attacks. The proposed legislation defines terrorist content as material intended to train and recruit terrorists or otherwise serve to incite terrorism.

The EP is to vote on the draft in April, three months after EU member states approved the legislation.

Civil rights organisations, which include Amnesty International, Civil Liberties Union for Europe, Human Rights Watch and the European Federation of Journalists, have warned that the proposal represents a threat to the rule of law, the right to privacy, freedom of expression and freedom to access information.

Censorship powers could be misused

To make its point, the group cited the examples of the Syrian Archive and the Yemeni Archive, NGOs that archive video evidence from Middle Eastern conflict zones.

The group warned that granting power to authorities other than courts represents overreach that could “empower authoritarians to stamp out criticism beyond their borders”.Eva Simon, senior advocacy officer at the Civil Liberties Union, noted that new censorship powers could be misused. “It means leaders like Viktor Orbán could demand an online platform removes content hosted in another country because he doesn’t like it”.