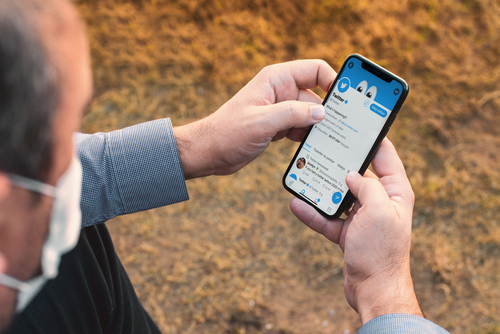 Brussels (Brussels Morning) Turkey penalized Twitter, Periscope and Pinterest on Tuesday by banning advertising on their platforms, under a controversial new law that punishes social media companies for not appointing legal representatives in Turkey, AP reported.

Under the new law, social media companies need to have a legal entity representing them in Turkey that is capable of receiving complaints about content featured on their platforms. They need to respond to individual requests for removal of content violating privacy and personal rights within 48 hours, and are liable for damages if the content is not removed or blocked within 24 hours.

A form of censorship

Turkish human rights and media freedom groups are critical of the new law, claiming it constitutes a form of censorship, especially since it also mandates that the platforms must store their respective social media data in Turkey.

The concern stems from the increasing pressure on free press and freedom of speech in Turkey under President Recep Tayyip Erdogan. The country’s score on the Press Freedom Index has been steadily declining since 2016.

Last year, the country was ranked 154th in the world, out of a total of 180 rated countries. The Freedom of Expression Association notes that more than 450,000 web domains and 42,000 tweets have been blocked in Turkey since October.

The new Turkish law envisions a series of escalating penalties for non-compliance, starting with monetary fines, progressing to advertising bans, and culminating in bandwidth reductions, which would make the platforms unusable for most users.

Facebook evaded the ban by announcing it had begun establishing a legal entity in Turkey on Monday, as did LinkedIn, YouTube, TIkTok, Dailymotion and Vkontakte, all of which already committed to establishing legal representation in the country.