Cancer survivors and the right to be forgotten in the EU 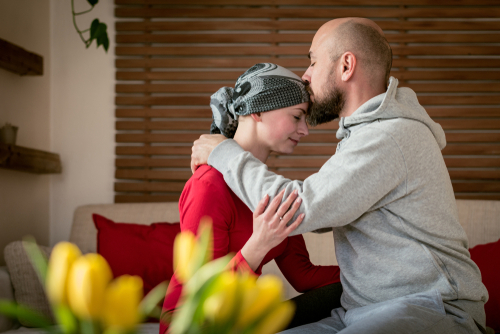 Brussels (Brussels Morning) With more and morecancer survivors vulnerable to suffering from financial discrimination within the EU, European policymakers are becoming more alert to the benefits of improved cancer management, taking note of the fact that today the bloc accounts for around 20 million cancer survivors.

The EU’s Beating Cancer Plan designed to curb the incidence of the disease, focuses on four key pillars: prevention, early diagnosis, treatment, and follow-up care. The plan calls for a so-called code of conduct, to ensure that cancer survivors need only share the necessary and vital information, in order to protect themselves from discrimination.

For some time now, through its Special Committee on Beating Cancer, the European Parliament has been discussing the Right to Be Forgotten (RTBF) for cancer survivors in the EU. “Europe must end the obstacles for former cancer patients when they want to access financial instruments such as loans, mortgages and life insurance — they mustn’t be punished for getting cancer”, Cindy Franssen MEP, the EPP Group’s Spokeswoman for cancer-related issues, has declared.

On 9 December, MEPs said that the comprehensive strategy addressing cancer at EU level should serve as a model for other non-communicable diseases and that RTBF principles must be guaranteed.

Trying to promote political and legal solutions, given the need to stop discrimination against cancer survivors, a study from Science Direct recommends ways to implement legal principles covering patients’ rights and social values at national and EU levels, while emphasising the EU’s competence on the issue.

The study not only reviews current legal aspects about RTBF for cancer survivors in Europe, it analyses the EU’s competency for its implementation.

“We support the transposition of the RTBF legislation into Union-level legislation to prevent unfair discrimination in cancer patients’ access to financial services and their reintegration into normal life”, said Françoise Meunier, Director General of the European Cancer Patient Coalition, observed.

According to Science Direct, the legislative initiatives in force in France, Belgium, Luxembourg, the Netherlands, and Portugal provide concrete examples of an effective solution for former patients worth extending throughout the EU.

These five member states have already made sure that cancer survivors can use their right to be forgotten when, for instance, applying for a mortgage ten years after the end of their treatment, if there has been no relapse. Meanwhile, some countries apply a five-year rule in the case of paediatric cancers.

The Science Direct study further suggests that, based on the positive results from some EU countries, the EP could lead on multiple initiatives to implement RTBF at the European level.

A Pan-European solution based on implementation of the RTBF is feasible within current treaties, Science Direct maintains in arguing that it offers the best approach to tackling the issue.

Moreover, EU action would provide a common and harmonised regulatory framework among the member states to avoid discrimination and ensure equality for EU citizens being cured of cancer.