Bank of England to step up spending 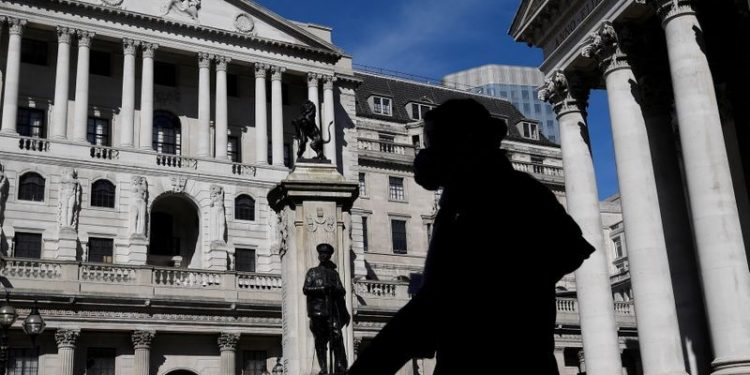 London (Brussels Morning) The Bank of England is ready to pump billions of pounds into the economy amid a flailing economy, according to a key member of the Bank’s Monetary Policy Committee.

Gertjan Vlieghe signalled the move towards more quantitative easing in a speech Tuesday, saying, “In my view, the outlook for monetary policy is skewed towards adding further stimulus”.

Declining gross domestic product and spending have caused the economy to contract over 2020 as the pandemic has instigated job losses through social restrictions that have slowed business activity.

The second wave of Covid-19 is expected to suppress consumer spending further as well as business outlay, with rising unemployment levels.

According to a Reuters Poll, the Bank could add another £100 billion to an existing £725 billion.

Under the policy, the Bank would create money that it would then use to buy government-issued bonds.

“The resurgence of COVID-19 across the UK and the resulting restrictions mean the recovery is set to stall”, said James Smith at financial services company ING, “It now looks fairly inevitable that the Monetary Policy Committee will top-up its asset purchase programme”.

Vlieghe, one of four external members of the nine-member committee, also talked about negative interest rates in his speech titled, ‘Assessing the health of the economy’.

He said he thought the risk of negative rates being counterproductive to monetary policy to be low.

“Since it has not been tried in the UK, there is uncertainty about this judgment, and the MPC is not at a point yet when it can reach a conclusion on this issue”, he said.

However, he noted that short and long-term interest rates were already low, leaving limited headroom for monetary policy, “we must consider ways to extend that headroom”, he continued.

A report into the impact of negative rates is due to be released at the end of the year.