Apologies of Filigranes’ boss make no impression: ‘We want results’ 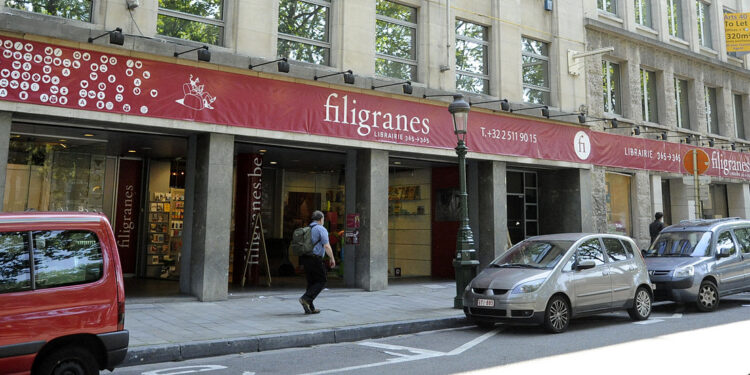 BRUSSELS (Brussels Morning) – The fact that the director of the large Brussels bookstore Filigranes is stepping aside after accusations of sexual and moral intimidation makes little impression on the (former) employees of the store. They point out that there have been several directors in recent years, and that has not had a positive impact on the problems.

Last Friday (former) employees of the Filigranes bookstore testified to their colleagues at BX1 about sexual and moral intimidation. Forty-eight staff members had sent a joint letter to the external prevention service Securex, which mainly concerned the behaviour of founder and managing director Marc Filipson.

The man apologised last Sunday. “I didn’t realise that my attitude could cause so much suffering to some people, and I absolutely regret it,” he said. He also indicated that he had stepped aside as director and was helping to find a replacement.

“We’ve had several operational directors before,” Lise says scornfully. She was one of the founders of the procedure at Securex, but has no longer worked at Filigranes since December 2021, as a result of which she feels less inhibited to speak. “The question is what exactly his step aside means. Will he still be walking around in the classrooms? Will he remain active? A real result must be linked to this promise.”

After all, Filipson would still remain on the board of directors, although the editors could not confirm this with the man himself.

Aline also does not immediately expect much good from the new director. “In the three years I have worked there, I saw three operational directors pass in review. They never stayed long, but I don’t know whether they resigned or were fired. He didn’t even find a director last year.”

‘Apologies are not enough’

The two ex-employees are not impressed by the apologies that Filipson made. “It’s not the first time we’ve had it,” says Lise. “I can’t believe he didn’t know that his attitude was causing so much suffering.”

“A press release, that’s all,” Aline sums up her impression. “That certainly isn’t enough.”

Current employees also want more than just an apology. This is apparent from a press release that they sent out on Sunday, in which they also demand a solid legal framework, real guarantees and results.

To end this, the procedure at Securex will be followed in the first instance. “Only if this does not give a satisfactory outcome, legal action can be considered,” says Lise, “although that will mainly be a matter for the current employees.”