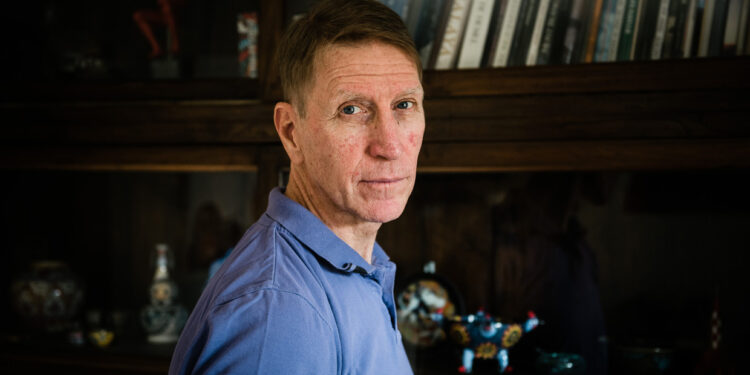 Brussels, (Brussels Morning)- Friends, colleagues, academics and politicians send their final greetings to the late former VUB rector Paul De Knop through various channels. They remember him as a sporty, enterprising and ambitious man who, as rector, lifted the Vrije Universiteit Brussel to a higher level.

Paul De Knop worked from 2004 to 2008 as deputy chief of staff of the then Flemish Minister of Sport Bert Anciaux. “It is with great regret and sadness that I hear of the passing of my good friend Paul De Knop. A great rector of the VUB, a fantastic sportsman, a wise doer, such a loyal friend. This hurts so damn much,” writes Anciaux.

Fellow academics honour De Knop as rector and as a person. “With Paul De Knop, VUB has not only lost a great academic, but also a passionate administrator and entrepreneur. But above all, Paul was a warm colleague who supported cancer research and gave the role of the patient with cancer a place,” says VUB professor of General Practice Medicine Dirk devroey.

Luc Sels, the rector of KU Leuven, calls De Knop “A jovial and sincere man. A rector who has a warm heart for the collaboration with KU Leuven. Best wishes to family and friends, and to the many VUB members who undoubtedly will cherish special memories of Paul,” said Sels.

UGent rector Rik Van de Walle says goodbye with the following words: “A very stylish, warm, talented and driven man has passed away. It was a privilege to know him. His encouraging messages, even when he was having a hard time, I will never forget. Thanks for who and how you were, Paul.”

Great significance for the VUB

There are also various statements of support from political angles. Brussels minister Sven Gatz (Open VLD) has a few words of praise: “Academic entrepreneur, as he rightly described himself. He lifted the VUB infrastructurally as rector. Self-made man. Cool guy. Strong athlete too,” explains Gatz.

Deputy Prime Minister Petra De Sutter (Green) has been affected by the death of De Knop. “He was of great significance to the VUB and to the entire academic community of this country. My sincere condolences to friends and family,” she wrote on Twitter.

Former VUB employee and Minister of Energy Tinne Van der Straeten (Green) looks back on her collaboration with De Knop at the University of Brussels: “His unprecedented drive, with which he guided the VUB through sometimes turbulent water. thinking, gracious in the words. And if you once complained about being too busy, that statement came: it’s not a question of time, but of priority. Often followed by an anecdote to whom he told that. Thanks for everything, honorary principal. It was a great honour to help build the VUB under your rectorship,” says Van der Straeten.

Finally, community education GO! goodbye to De Knop, because he was a member of the Council of the umbrella organisation of community education for no less than twenty years and was also chairman for six years. “His commitment to the GO! was very great,” responds Koen Pelleriaux, Managing Director of the GO!. “Quality education in a child-friendly environment was his goal. For many years Paul campaigned for GO! schools where it is good to learn, to work, to play sports and to enjoy culture. His expertise was of great value to GO!. His drive and passion for education will stay with us forever,” concludes Pelleriaux.