Renovation of Brusafe in Haren too expensive 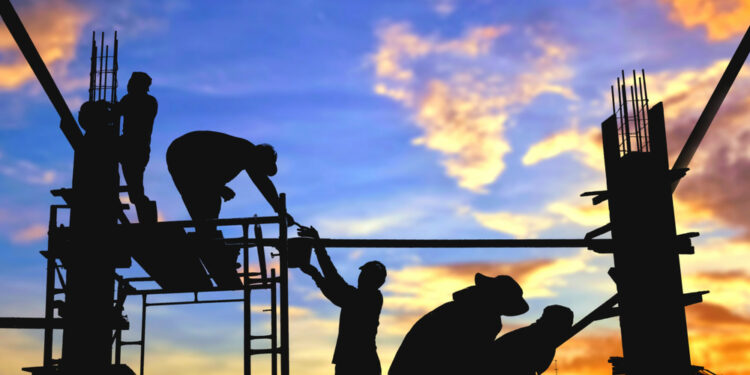 Brussels, (Brussels Morning)- Barely two years ago, the Brussels government installed the Brusafe regional school for the security and prevention professions in Haren. After an initial investment of 3.7 million euros, it now appears that further renovation costs are far too expensive. And so the government wants to accommodate Brusafe from 2028 in the planned new fire station at Thurn & Taxis. Until then, safety training will continue in the unmodified buildings in Haren.

As part of an ‘operational and financial optimisation’, the Brussels government decided on June 16 to move the regional school for safety and prevention professions – renamed Brusafe in good Brussels tradition – to the new headquarters of the fire service, which will be opened in 2028. the site of Thurn and Taxis must arise.

A 180-degree turn, Le Soir called it earlier this week. After all, a little over a year ago, at a press conference, the government presented the grouping in one place in Haren of the training centres for the police, fire brigade, medical aid workers, and the ‘Safety and Prevention’ department of the Regional School for Public Administration, which trains more GAS officers, park rangers and mediators. In August 2020, the centres had settled in the Blue Star buildings, close to the Decathlon and NATO headquarters, in the midst of the covid crisis.

The Region had bought this outdated office complex in Haren in 2017 through its real estate arm Citydev for an amount of 1.7 million euros. The site was chosen after the 2016 attacks for its low purchase price, immediate availability, proximity to public transport and the possibility of rapid renovation.

The intention was to temporarily accommodate the training courses in wings A, B and C of the site . In a second phase, by 2023, wings D, E and F would be demolished and rebuilt. This would provide schools with the most modern infrastructure. In a later phase, buildings A, B and C would be demolished to accommodate instruction areas and installations necessary for the practical parts of the training.

In the meantime, the Region has spent 2 million euros on minor renovations in buildings A, B and C. Yet they remain “an oven” without proper ventilation and heating, say Le Soir staff. However, Brusafe will certainly have to stay there until 2028, as the second phase of the works has been cancelled due to the planned relocation.

The reason for the rate change? Prime Minister Rudi Vervoort (PS) announced the cost of adapting the Blue Star buildings to all the specific needs of the various training centres in mid-July after a feasibility study and a parliamentary question from N-VA MP Mathias Vanden Borre.

“The government hastily buys a building in Haren, only to come to the conclusion after years of investment that it is completely unsuitable for housing security training. How in God’s name is this possible?”, Vanden Borre responded at the time.

Citydev speaks in Le Soir about expected costs that would increase “from 25 million to more than 100 million”. To escape this, the Region has found a way out in the future fire station at Thurn en Taxis, which was announced at the beginning of this legislature. With the construction of a number of outbuildings, it could house Brusafe.

The Vervoort cabinet considers it an incredible opportunity to save and create synergies at the same time. “When Brusafe was conceived, the barracks project at Thurn and Taxis did not yet exist. It is only then that one of our employees studied the programming of both places and realised that there were a lot of common functions.”

What now with Blue Star?

Vanden Borre criticised three weeks ago that the unexpected move of Brusafe to Thurn and Taxis would cause delays for the new fire station anyway. “We have not been informed for long,” fire spokesman Walter Derieuw responded to BRUZZ on Friday. “Our specifications had already been completed. The project will certainly be delayed as a result, but we cannot estimate how much for the time being.”

According to the cabinet of competent Prime Minister Rudi Vervoort (PS), this is a delay of 4 to 5 months, “this on a project of several years”, it sounds.

The key question now is, of course, what will happen to the Blue Star buildings in Haren. In the meantime, the region has already invested around 4 million euros in the site. Citydev hopes to be able to house an SME centre there, but ultimately it is the government that will have to make the decision in the future.