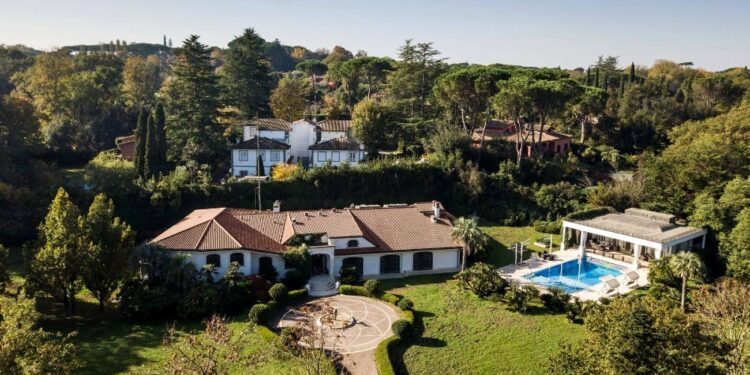 Rome (Brussels Morning Newspaper) – Italy offers a gorgeous climate, tremendous cultural and historical history, and burgeoning economic centres that attract talent and technology from across the globe. What are the greatest cities for ex-pats in Italy, with so many vibrant and attractive cities?

This list is for adventurous ex-pats and students seeking the best place to live in Italy, not retirees or vacationers. Allora, let’s start!

6 Best Places to live in Italy

Milan tops this list for a good reason. It boasts a wonderful international scene, attractive neighbourhoods, career possibilities, world-class educational institutions, and all the culture and high society you can handle.

Milan has one of the world’s top quality of life. According to Il Sole 24 Ore’s 2020 Quality of Living study, there wasn’t a contest. Its economy, ecological lifestyle, and expanding cultural and demographic variety earn it stars.

Firenze, or Florence, is Tuscany’s capital. With its Roman origins and glory days as medieval Europe’s richest city and cradle of the Renaissance, Florence has been influential for ages. Today, it’s a tourist and commercial hub.

Florence is the place to go for culture, history, and art. According to Forbes, Florence is one of the most beautiful cities in the world! The city has 380.000 residents, 14% of whom are ex-pats and foreigners.

Turin, the first capital of Italy when it was a kingdom, is currently the capital of Piedmont. The city is on the Po River’s western bank and is bordered by the Western Alps. Despite its declining political importance, Turin is Italy’s third most economically powerful city.

Instead of a political centre, Turin became a European centre of international industry, business, and trade, creating a diverse ex-pat population. 850,000 people live in the city, and 14% are not Italian. The greater Turin metropolitan region has close to 2 million residents.

Once you’ve lived in Rome, all roads lead there. Europe’s most populated city and the nation’s capital. Rome provides something unique for expatriates yearning for a Mediterranean lifestyle with millennia-spanning history, exciting nightlife, infinite culture, and promising economic chances.

Rome is the perfect place to live if you want the hustle and bustle of a big city and a link to one of history’s most fascinating times. Rome is Europe’s third biggest metropolis, with nearly 3 million residents. 10% of the city is non-Italian; hence 300.000 ex-pats live there. It boasts great universities with many foreign students.

Rome’s economy is based on tourism, banking, high-tech, and construction, which attracts talented foreigners.

Abruzzo, one of Italy’s few pristine areas, is east of Rome on a long coastline with stunning mountains. This area is famed for its olive oil, wine, and colourful mountaintop residences.

Abruzzo’s beautiful summer beaches draw residents and visitors alike. Eagles, bears, and wolves live in the region, and the scenery is breathtaking. Meanwhile, magnificent mountains and snow-capped summits make the village seem like a million miles from the crowded metropolis.

The town of Abruzzo has several medieval neighbourhoods, villages, and cathedrals. This area is environmentally sensitive due to its pure air and blue sky. Property is likewise high-quality, and for $75k, it’s a cheaper option than Rome. Abruzzo may appear forgotten by the rest of the world, but it’s one of Italy’s greatest locations and should be on your shortlist.

Sardinia is famous for its pristine dunes and blue seas. This is one of Italy’s most secluded areas and a good choice for island dwellers. Sardinia has almost 2,000km of coastline with beaches, coves, and infinite swimming chances!

As expected, this is one of the most laid-back locations to live in Italy, probably even more so than most rural regions on the mainland. With this in mind, anticipate a calm, tranquil “village life” with the odd hectic tourist town, beach, or attraction. The island has pure air and kind residents.

Sardinia is convenient, with everything you need just outside your door. Moving about without a car is simple, and conveniences are always nearby. Rent, food, and other necessities are cheaper in Sardinia than in mainland Italy.

Moving to Italy is an exciting experience that will bring you face-to-face with wonderful history, gorgeous landscapes, and delicious cuisine. Moving to Italy is an experience that will bring you face to face with magnificent history. There is always an affordable place to live in Italy, regardless of whether you prefer the city, the countryside, or the coast. No matter your preference, you will always be able to find the best place to live in Italy.