Bilateral partners no longer view the US as an indispensable nation 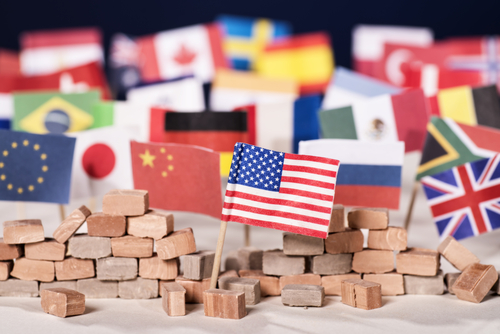 How the US image overseas has changed, according to Lincoln Mitchell.

New York (Brussels Morning) During the height of America’s post-Cold War ascendancy, Madeleine Albright, US Secretary of State at the time, referred to the US as the “indispensable nation”, and in the next sentence added, “We stand tall and we see further than other countries into the future”.

Those comments were made during an interview on the Today Show in 1998 and reflected a consensus among the American foreign policy leadership at the time that the US was the most powerful — which was true — important —which was clearly not true — and moral — which was absurd — country in the world. The choice of words by the Secretary of State was unfortunate as they implied that, at that time, 5.7 billion people who were not Americans were somehow, along with their countries, dispensable.

Albright’s words quickly became almost a point of pride for American foreign policy. In the decade and a half after that it was not unusual to hear that phrase quoted by American diplomats and others at conferences, academic settings and in the media. It was generally understood that what Albright meant was that the US must play a major role in solving global problems, but the literal meaning of the words, and the American embrace of that idea, could not be unheard and revealed an important truth about America’s view of itself.

Today the idea of America as the indispensable, or more charitably, essential, nation is badly frayed. In some respects, the last four years gave the rest of the world, whether friend or foe of the US, a glimpse of what a world without American leadership might look like. No country paid closer attention to that than China, because it is clear by now that if American leadership continues to wane, China is the country that will fill that void.

In the first decades of this century, US foreign policy has been dominated by the Global War on Terror which led to the endless wars for endless peace in Iraq and Afghanistan, conflicts with Russia over issues as disparate as Crimea and American elections, trying to contain Iran’s nuclear program, instability in Mexico and South of America and similar problems. Through all of that China’s slow rise was consistent, hard to miss and inevitable, but rarely a sufficient focus of attention at the highest levels of American statecraft.

Now when the world has learned that America is more or less as indispensable, or dispensable, as any other country, it is no longer possible for the US to minimise the importance of the relationship with China. The US-China is the single most bilateral relationship in the world and, to borrow a phrase from the great recession, is too big to fail. That bilateral relationship is more challenging for the Biden administration because of typically Trumpian combination of bluster and capitulation that characterised the previous administration’s relationship to China.

Trump’s China policy mixed strength and weakness in precisely the wrong way. By talking tough at home while letting China get its way on more or less everything, Trump increased the domestic appetite for conflict with China, while doing nothing to challenge China in a meaningful way. Some of Trump’s confrontational language, most notably his insistence on describing the Coronavirus in racist anti-Chinese language, had very real effects and contributed to the substantial rise in violence against Asian Americans during 2020.

As with so many issues, President Biden must more or less flip Trump’s China approach on its head. There is nothing to gain from verbal sabre rattling, particularly to domestic audiences. Anything that unnecessarily increases tensions between China and the US is bad for both countries. However, this does not mean that the US should not take a tougher approach on a handful of major policy differences with China. Human rights, including but not limited to the crimes against humanity that are being committed against the Uighurs, trade policy, China’s relationships with various American allies in the region and the need to cooperate on global problems such as pandemics and climate changes are all difficult substantive challenges facing the US-China relationship. None of these are easy and all are made more difficult by ratcheting up anger and tension between the two countries.

Joe Biden will have to meet this dilemma in a new context, one where the US has had its flaws once again revealed to the rest of the world, but this time in an environment when American hegemony is increasingly something from another era. While this may weaken the US position relative to China, it also forces the US to approach this relationship with a stronger understanding of China’s interests and no longer being informed by dangerous platitudes about who is or is not dispensable. If done right, this can lead to a stronger foundation for this difficult bilateral relationship.